Stay Out of the Woods: Shaming in the Name of Leave No Trace 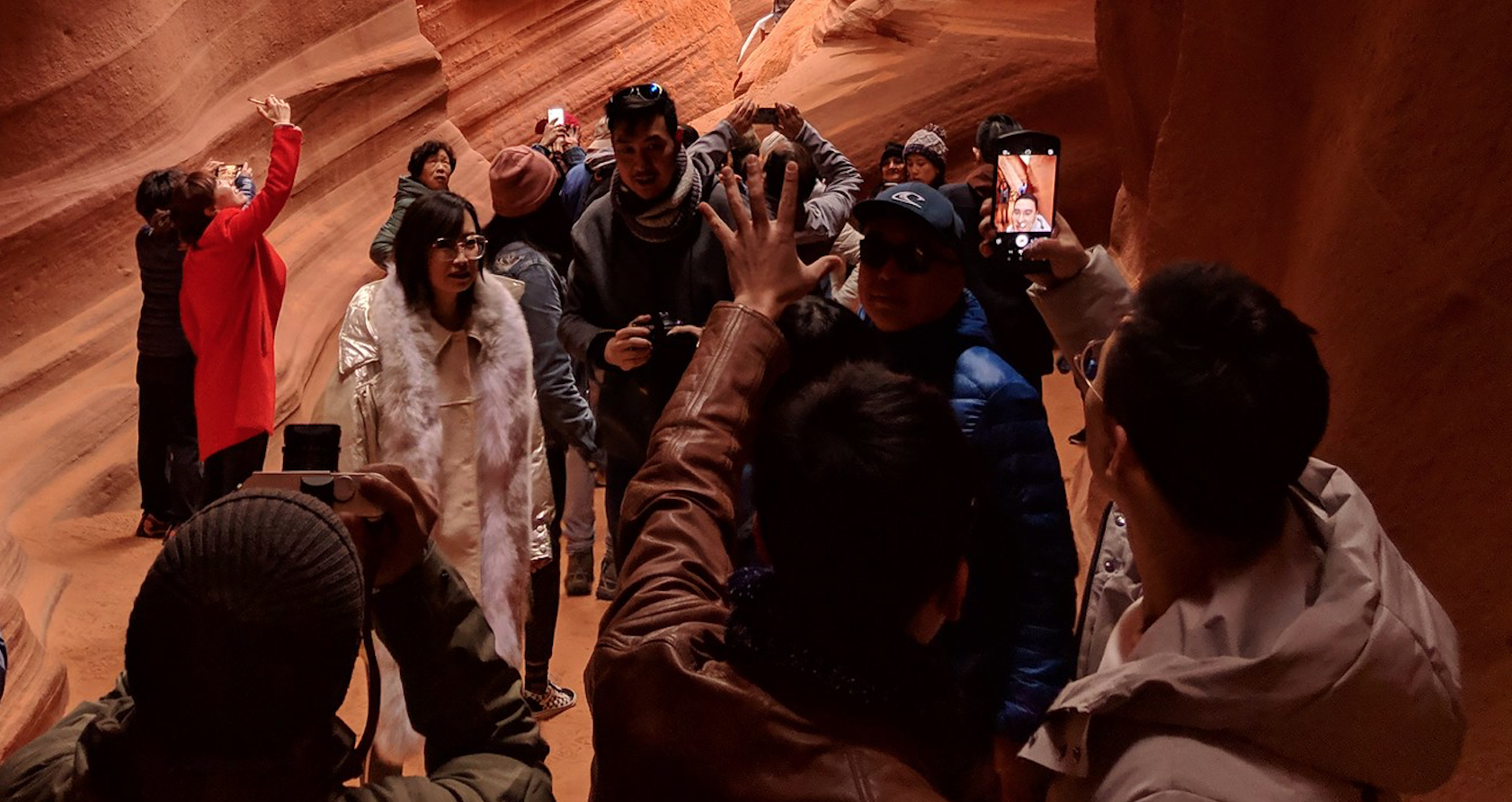 “Stay out of the woods.”

Reading through the comments section on social media can sometimes feel disheartening. Admit that you are fallible? You’re condemned as one of the uninformed. Learn new information? You feel ashamed that you didn’t know. Sharing your outdoor experiences should be another way to express your love of nature, so how has online environmentalism become so alienating?

When Leave No Trace was founded 25 years ago, the aim of the organization was to provide educational tools and guidelines to teach people how to enjoy the outdoors responsibly. This mission remains the same today but over the years has evolved to include contemporary adaptations of the Seven Principles, many different courses and programs and of course, the incorporation of ever-changing technology. 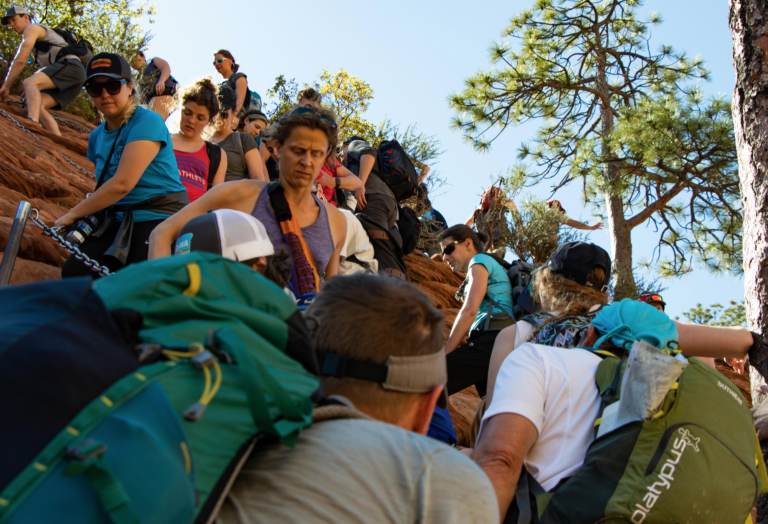 Leave No Trace has always existed on a spectrum—a toolkit to learn from, depending on people’s environment, age, personal ethics and a multitude of other factors. On one end of the spectrum there are many impacts to the land, on the other end, very few. The Center operates on the idea that people going outdoors and developing a love for nature is a good thing. The more that anyone is able to learn about how to protect the outdoors—whenever and however that happens in their lifetime—is a good thing. Leave No Trace is not about perfection, it’s about action.

However, over time and particularly as social media has become part of everyone’s life, Leave No Trace is sometimes turned into a weapon, wielded to shame rather than educate. Comments, ranging from calling out someone’s lack of knowledge or experience, to violent threats and personal attacks, are sometimes done in the name of Leave No Trace. 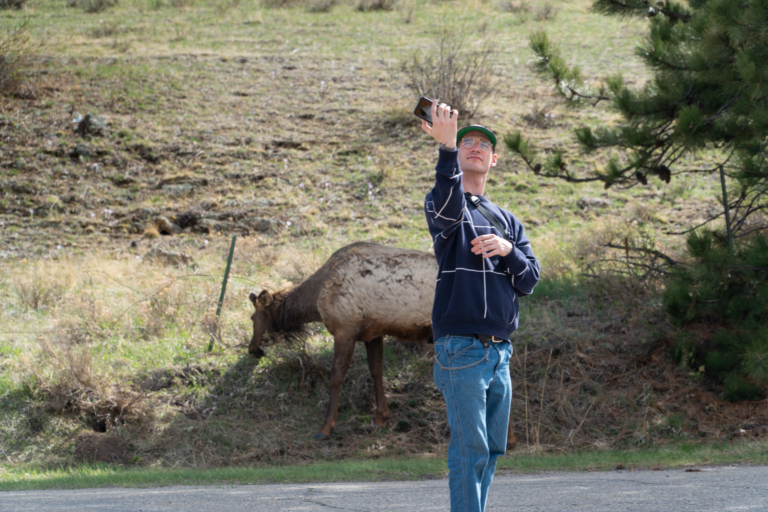 People post videos of themselves feeding birds or walking off trail, picking wildflowers or they geotag a popular location, all debatably “less-than-Leave No Trace” behavior. Yet so often instead of explaining why, comments are rude, personal or hashtag #LeaveNoTrace with no further information. “It is disappointing when we see Leave No Trace used to shame and bully people online” says Dana Watts, Executive Director of Leave No Trace, “Leave No Trace should not be used to exclude anyone, online or outdoors, and we are working to ensure that instead it is a tool that works for all people.”

Not only is shaming counter to the mission of Leave No Trace, but if the aim is to educate or to see a change in peoples’ decisions in the outdoors there is research to suggest that shaming does not work. June Price Tangney, PhD, and Jessica Tracy, PhD, write in Handbook of Self and Identity “For most people, the rehabilitating, ego-threatening nature of shame makes such constructive outcomes difficult, if not impossible,” they continue, “there is a widely held assumption that because shame is so painful, at least it motivates people to avoid ‘doing wrong’. As it turns out virtually no direct evidence supports this presumed adaptive function of shame. To the contrary, research suggests that shame may even make things worse.”

After witnessing this behavior across social media and often under the guise of “enforcing” Leave No Trace ethics, the Center made an addition to our social media guidelines this year, to include that “Shaming is Not the Answer.” It does not influence behavior, but instead creates a dichotomy of “us and them”: the people who are doing it right and those who are wrong. This can quickly become exclusionary, making those who have not yet learned Leave No Trace, don’t consider themselves an expert, or learned the concepts and principles through different language feel unable to participate in a community anchored in constant learning and providing guidelines, not rules.

When teaching children, Leave No Trace educators sometimes use the “Generation Game” that involves several groups taking turns observing and then eating M&M’s from a bowl. Naturally, the groups that come later have less candy available to consume. This exercise teaches a lesson in non-renewable resources and what could happen if we all “take what we find”. This lesson is learned not by blaming the first groups of children who ate the M&M’s—they didn’t know why they shouldn’t—but by discussing and reflecting as a group what could be done differently for different results.

“We hope to foster this sense of discussion, reflection and curiosity in our online community,” Watts continues. “Every person brings their own unique background and carries their own personal ethic when they move through the world and the outdoors.” Leave No Trace’s supporting role is to enhance that outdoor experience with the most up-to-date science and skills. It is a toolbox for people to pull from to help all people of all levels of information and outdoor education protect the outdoors.

All Posts
News & Updates
2019: The Power to Protect is in Your Hands