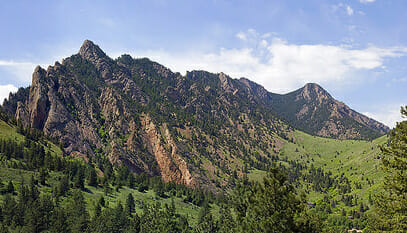 Boulder, CO: The city of Boulder, Colorado's Open Space and Mountain Parks (OSMP) department oversees 45,000 acres of public lands, including about 150 miles of trails. That might sound like an expansive amount of terrain for a city with a population of about 100,000 people, but the trails are teeming. Popular with both tourists and locals, the trails see well over 5 million outings each year—the Chautauqua area alone attracts more than 300,000 annual visits. 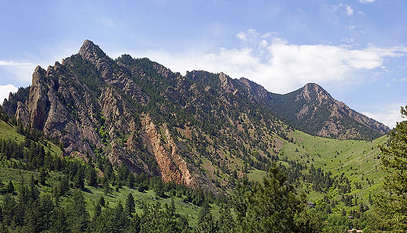 Recently, OSMP officials decided to partner with the Leave No Trace Center for Outdoor Ethics to better understand the behaviors and motivations of its visitors. In particular, they wanted to learn why people frequently travel on unofficial, user-created trails. Despite signs and trailhead displays urging visitors to avoid traveling on undesignated or "social” trails the warnings often go unheeded.

An experimental, mixed-method research effort by Leave No Trace revealed that over 40 percent of visitors who were traveling on an undesignated trail reported that they “always” use designated trails, suggesting that they did not even know they were traveling on an undesignated trail. The Leave No Trace researchers did not just ask people to describe where they went—they also paired the survey responses with observed behaviors, in order to compare what people said with what they actually did in the field. Results indicated that up to 15% of visitors use undesignated trails on OSMP lands. That equates to more than a half million people hiking, running and walking with their dog on these trails.

The study also examined various methods for limiting undesignated trail use. The results suggest that the best way to mitigate the use was a combination of a physical barrier and educational treatment (educational sign) The results indicated a statistically-significant reduction in undesignated trail use when a sign and barrier were in place. Such a strategy could reduce use of these trails by as many as 370,000 trail users per year.

Why would Boulder's OSMP department study this issue—does it really matter if visitors wander away from official trails? Although people may find such trails just as enjoyable to use as designated routes, there are often hidden concerns that could be lost on a casual visitor. User-created trails can disrupt sensitive animal or plant habitats, or lead to unwanted erosion and related water quality concerns. In some cases, it's simply a matter of controlling a proliferation of trails that contributes to crowding and the overuse of a natural area.

Like most agencies that manage public lands, Boulder's OSMP department strives to balance the protection of natural resources with providing access for recreation. Improving their ability to contain the use of unauthorized trails is an important part of fulfilling those goals.