Bird Feeders and Leave No Trace: Are They Compatible? 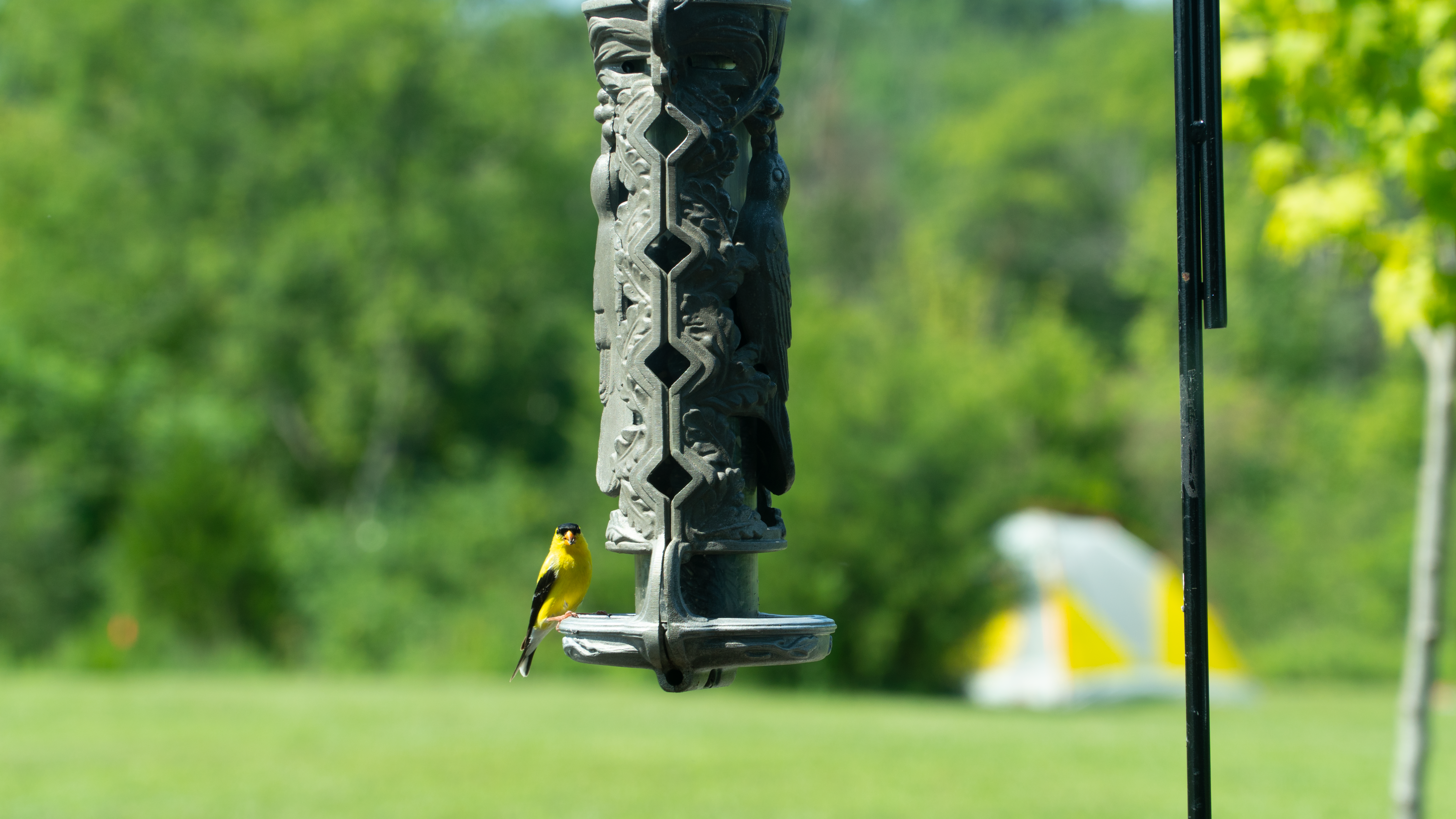 Backyard bird feeding is an extremely popular way to bring nature close to home, and connect with the outdoors. In the United States alone, over 50 million people have some type of bird feeder. But how does this practice affect birds and other wildlife? Let’s walk through the impacts and what we can do to minimize them.

Feeding wildlife comes with a lot of negative repercussions. Human food does not contain the proper nutritional components wildlife need to support their natural diet, and can cause negative health effects. Wildlife that are fed by humans will also start to think of us as a food source. This can adjust their habits, leading them to stop foraging for food naturally and become dependent on us. These animals are more likely to come to places where humans are, such as campgrounds and roads, and may become aggressive, leading to relocation or euthanization of the animal. None of these outcomes are ideal human-wildlife interactions and can have long term effects.

Research has shown that these repercussions do not necessarily occur with bird feeders though. As the human is not really present during the feeding, birds do not learn to associate the food with us. Additionally, further research shows that feeders at most make up ⅕ of bird’s diet, meaning they do not rely solely on them as a food source. Wild bird feed is also specifically made for this purpose, and does not cause the health concerns that say, feeding bread to local ducks would.

However, that doesn’t mean backyard bird feeding comes without impacts. Each year in the US over 1 billion birds die from flying into windows, which often occurs due to poor placement of feeders. Feeders can also expose birds to disease such as conjunctivitis, salmonella, avian pox, and even a fungal disease from moldy seed called aspergillosis, due to overcrowding and improper maintenance and cleaning. Predators, such as cats and birds of prey, may be attracted to feeders as well. According to the Cornell University Lab of Ornithology’s Project FeederWatch, each feeder may kill one to 10 birds each year.

And that’s not all. Feeders are also leading to evolutionary changes. Researchers at the University of Arizona have found that urban finches, who rely more on feeders, have adapted beaks that are longer and deeper to better accommodate sunflower seeds, a common component of bird seed. Feeders have also been shown to increase the likelihood that birds will make it through harsh winters, but not all bird diets can be supplemented by feeds. According to the Washington Post, “Some scientists worry that feeders subsidize starlings, pigeons and other unwanted, aggressive birds that outmuscle other species.” 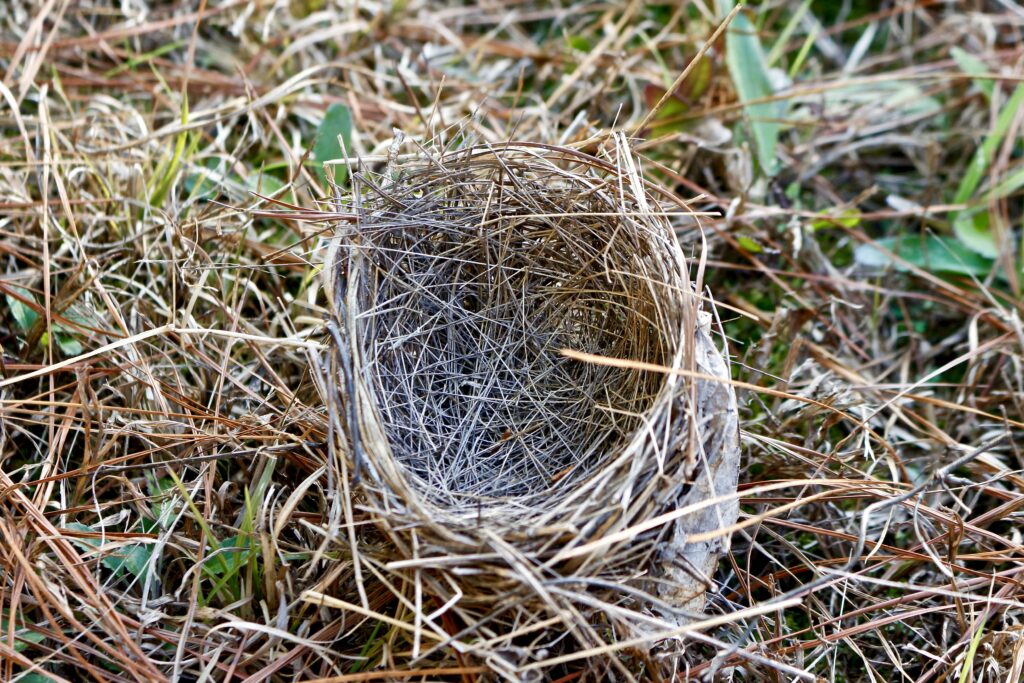 Many species, such as northern cardinals, have been found to be wintering farther north than in previous years. This may be due to a wide variety of factors such as climate change, but it is thought that feeders may play a role.

Bird feeders can also pose risks for other wildlife. Bears, raccoons, squirrels and other animals may seek out bird feed, bringing them into contact with humans and creating a potential for harmful interactions.

The least impactful and healthiest way to have a “bird feeder” is to plant native trees, shrubs, and plants, which will naturally attract birds. Minimizing pesticide use can also lead to more native insects that birds love, and leaving leaf litter alone will provide sources for foraging. 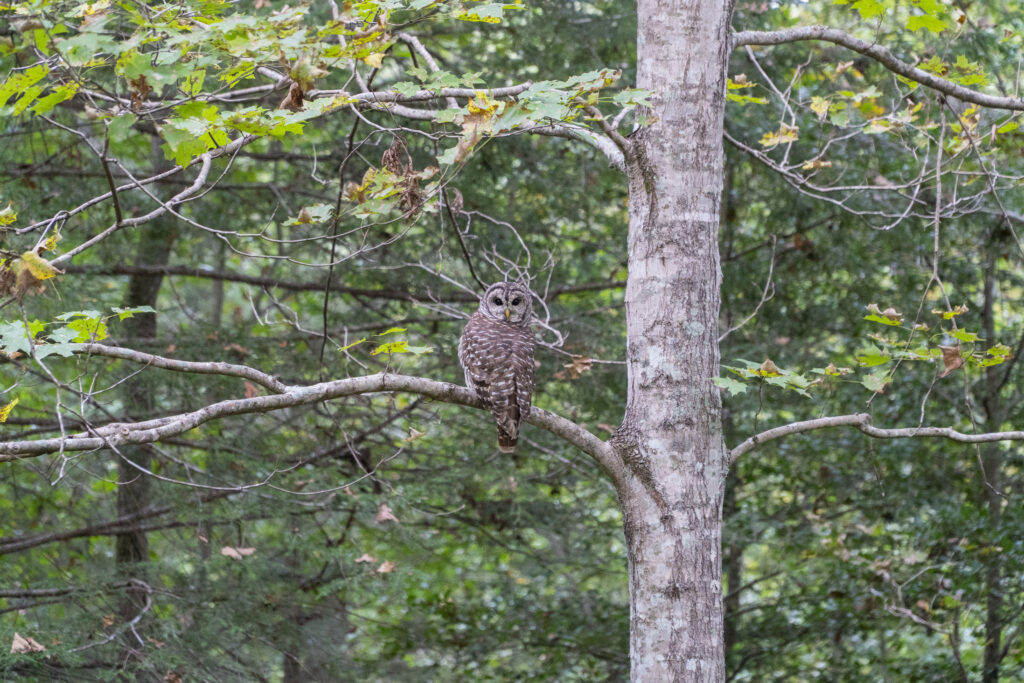 If you do decide to have a bird feeder, it is important to minimize impacts where possible. Ensure that your feeder is not accessible by other wildlife, such as bears or squirrels, and clean it properly and often to decrease the chance for communal disease spread between birds. Place feeders far from windows, and store seed properly to prevent mold. Learn the species of birds visiting your feeder and research how best to protect them. Utilize resources such as Project FeederWatch and The Audubon to learn the ins and outs of proper bird feeder care. As with any wildlife, it is important to keep our distance. Use the thumb trick when observing birds, binoculars make for better viewing anyway.

Whether in a park or protected area or our own backyard, it is important to consider our connection to the natural world around us, and the potential impacts we can cause. Working to reduce these impacts where we can will protect wildlife, fragile ecosystems, and preserve our ability to enjoy them.

By the Subaru/Leave No Trace Teams. For over 20 years these teams have provided tangible solutions to serious issues facing our outside space and reach over 15 million people every year. Learn more about this important Leave No Trace work here.

Michael Taylor June 20, 2022
Lifestyle
Being a Good Steward, Off the Beaten Path: Leave No Trace for Off-Roading

Haley and Gary December 6, 2021
Lifestyle
How to Leave No Trace on a Road Trip