Too Much of a Good Thing? Outdoor “Meccas” and Leave No Trace 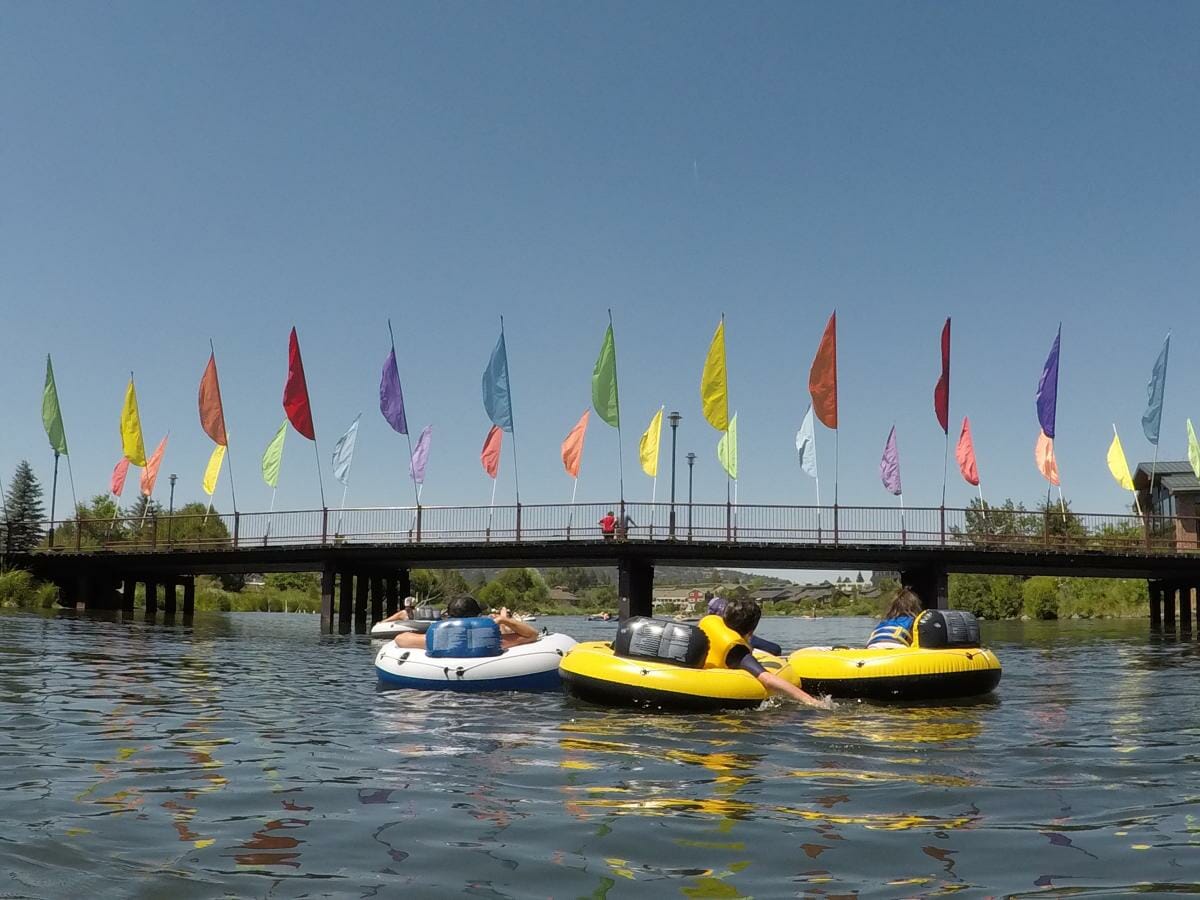 Cascadia, OR: We recently spent nine days in and around the lauded outdoor town of Bend, Oregon, named Outside Magazine’s “Best Multi-Sport Town” for 2017. It’s clear how Bend earned this title. In any given day in Bend, you will see people riding their bikes, paddling kayaks or sailing boats in the Cascade Lakes, paddle boarding or tubing on the Deschutes River, or testing their whitewater skills in the newly opened downtown whitewater park. Even in the 90+ degree high desert summer heat, you’ll see evidence of winter sports’ hold on Bend residents, with “skiers” in shorts and tank tops pushing themselves along roads just outside of town on roller-skis. That’s right – even in summer, skiers don’t quit. 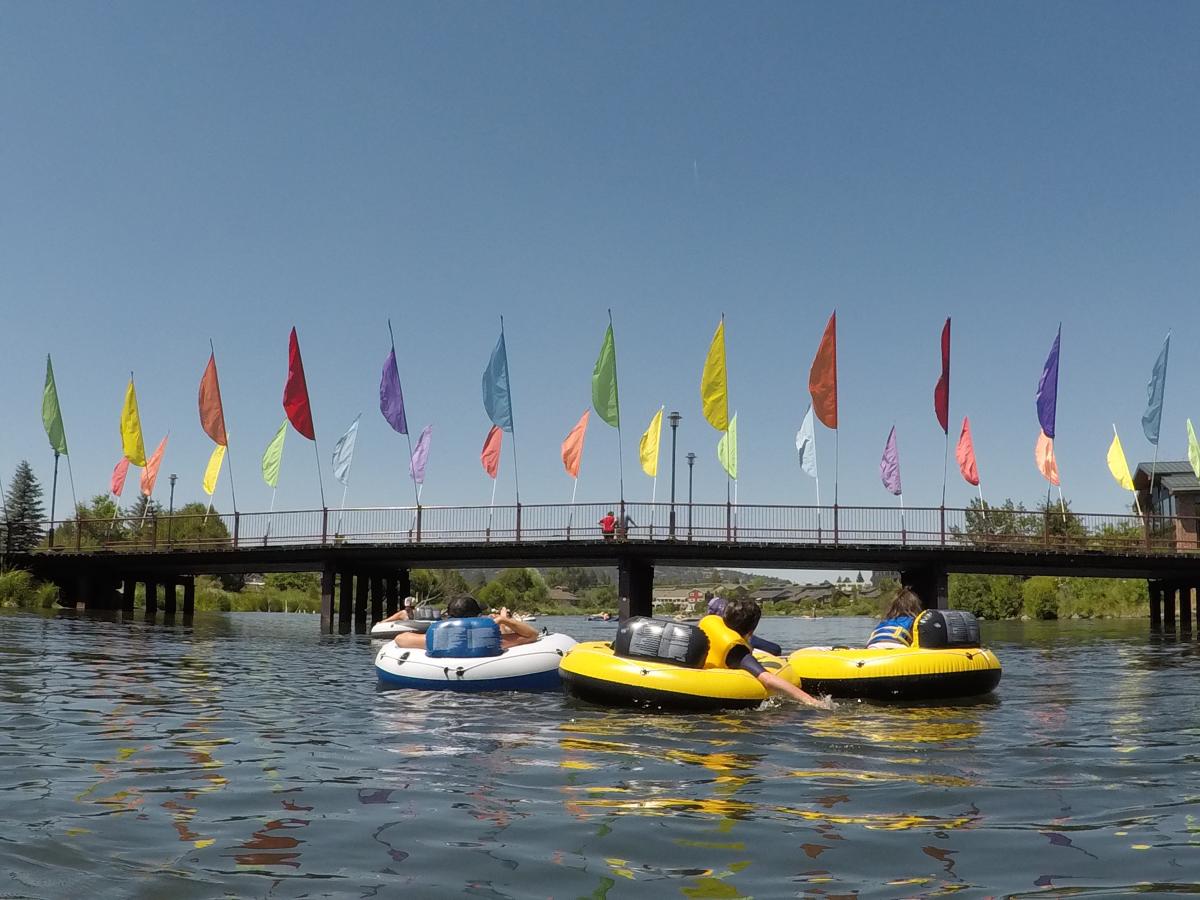 But this raises the question of many a Bendite – how many people is too many? A recent article in the local ‘zine asked just this question, to mixed response. Some residents thought that Bend had already passed its limit, while others celebrated the social, political and economic fortune that being a popular outdoor destination has brought to this central Oregon town. We dipped our dusty toes in much of what Bend had to offer – over the Fourth of July holiday, no less – and found Bend busy and full of outdoor loving people, but we never felt it crowded or over-blown. 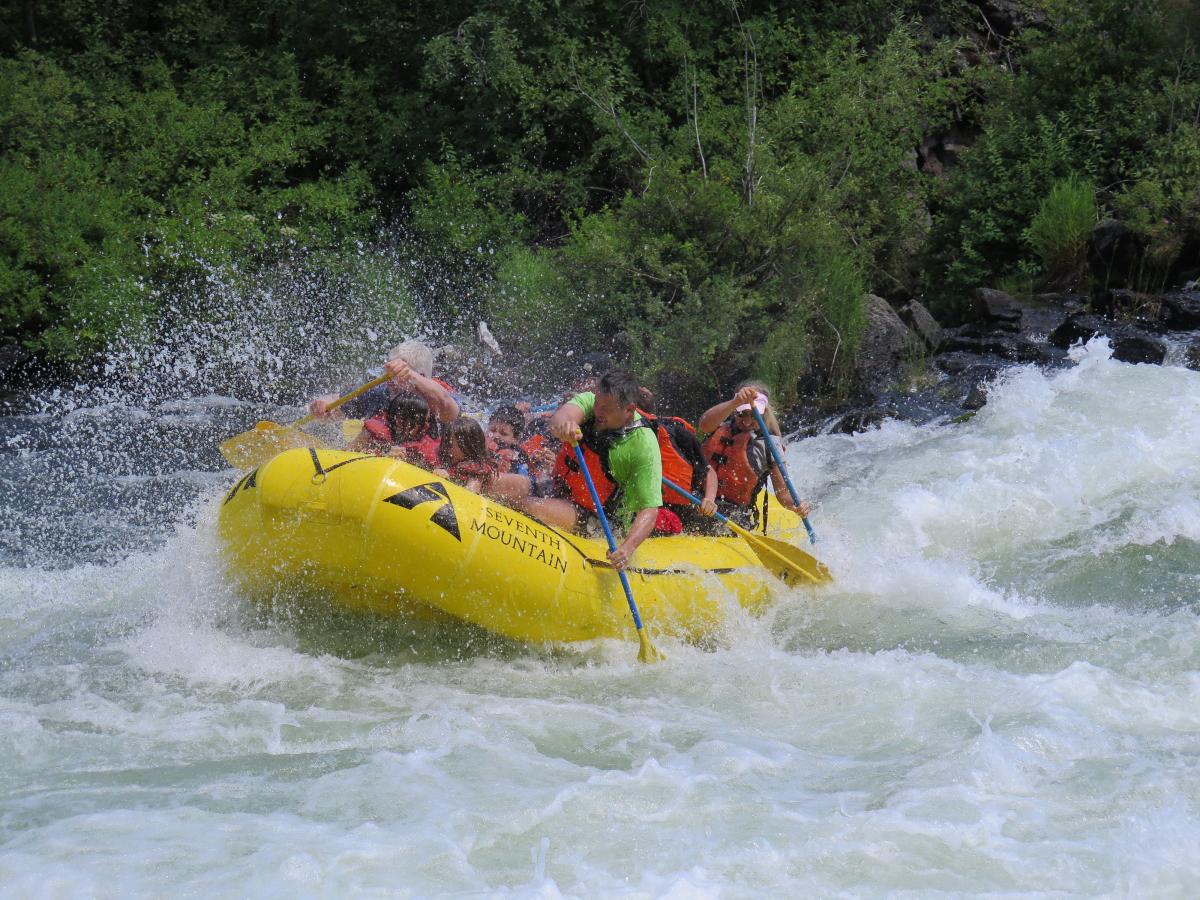 There are certainly cumulative impact issues here – we noticed quite a bit of trail-braiding along some portions of the Deschutes River Trail, and there was a typical amount of micro-trash in the campsites we visited, but the issue most on the minds of residents is the social impact of having so many people playing in the same space. Float down the Deschutes on a hot summer day, and you’ll bump into other tubers, but the lighthearted attitudes of people beating the heat on the cool water won’t get you down. The local mountain bike trail network, “Phil’s Trails,” was busy mid-day, but even when the parking lot was nearly full, the trails didn’t feel crowded, in part because of very clever management – lots of trail loops start from the same area, quickly dispersing riders, and many trails are one-directional, so you can ride up hill without fear of running into a rider blazing downhill. 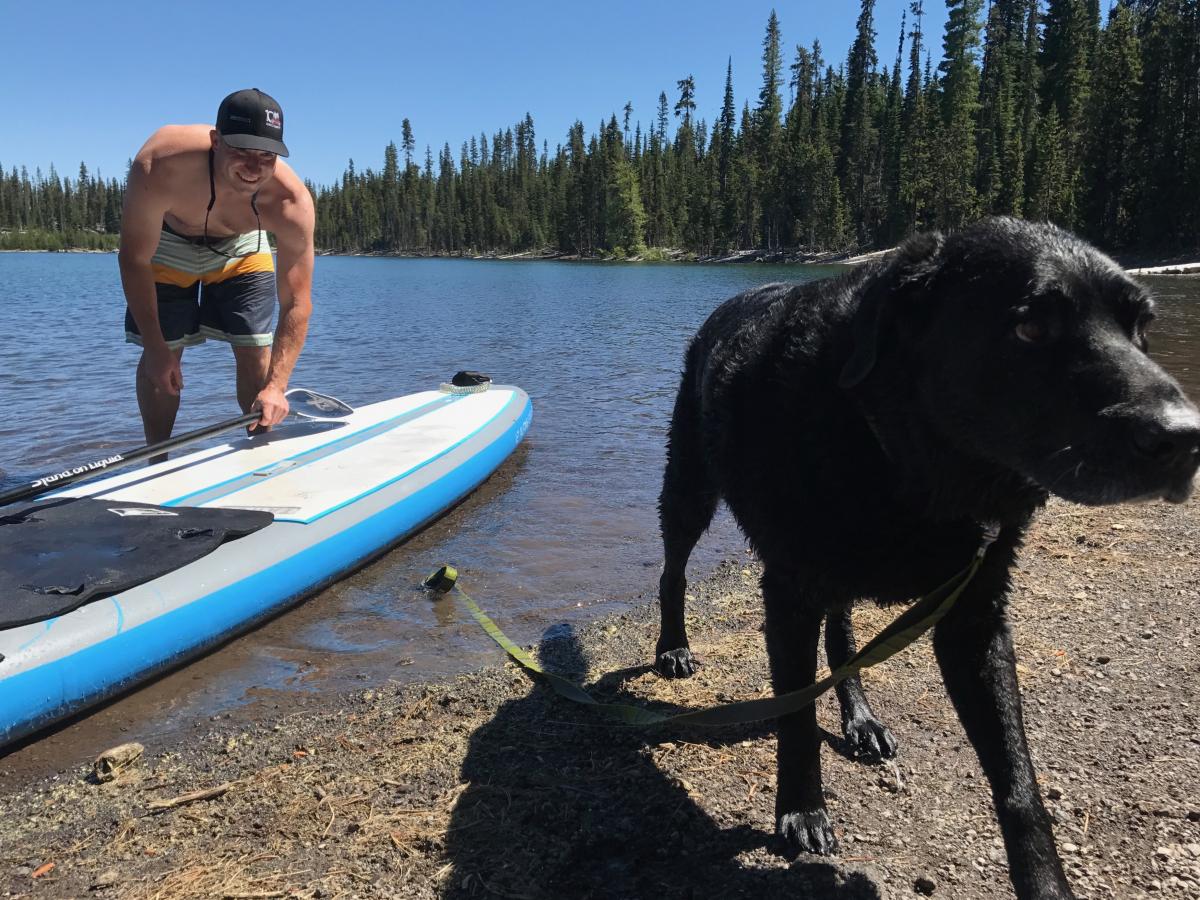 More to the point, however, is that we were always able to find solitude in Bend by getting out at the right times. Early mornings and long summer evenings are not only significantly cooler times of the day to get out and play, they’re also surprisingly unpopular times for other people to be on the trail. For paddlers who bemoan the barge of bathing-suited tubers on the short section of river that runs through town, there are miles and miles of wild and scenic Deschutes within minutes of town that we saw almost no one floating. And despite its popularity, the Three Sisters Wilderness has more than enough trail-miles to keep your visit feel remote and wild – just check with the rangers on where most people are hiking and choose a different trail. You can’t go wrong when there are snow-capped peaks, fields of wildflowers, rushing streams and ancient lava domes all around you. 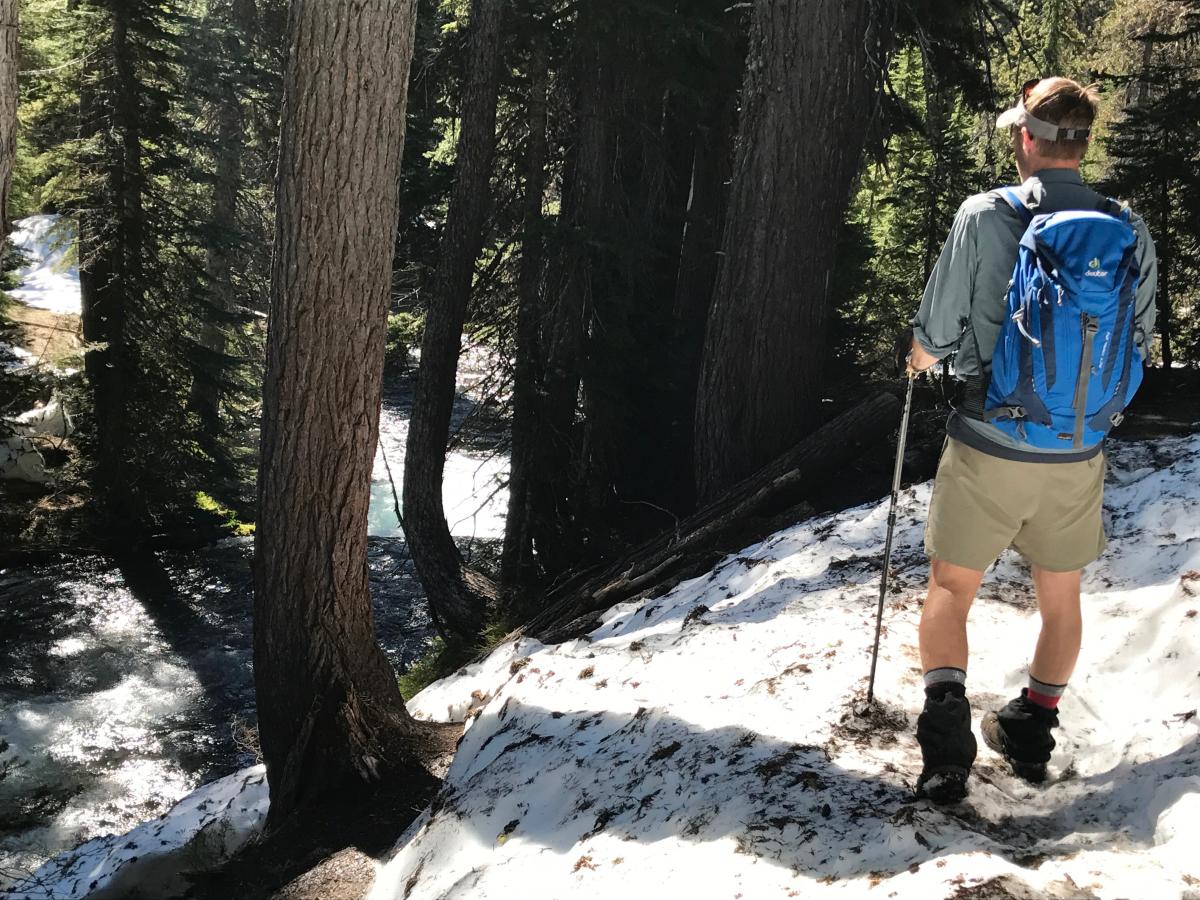 Here are some tips for loving your own outdoor mecca:

Know before you go – is this a holiday weekend? Is there a festival or race in or around the place you want to go? What are the most (and least) visited spots in the area? 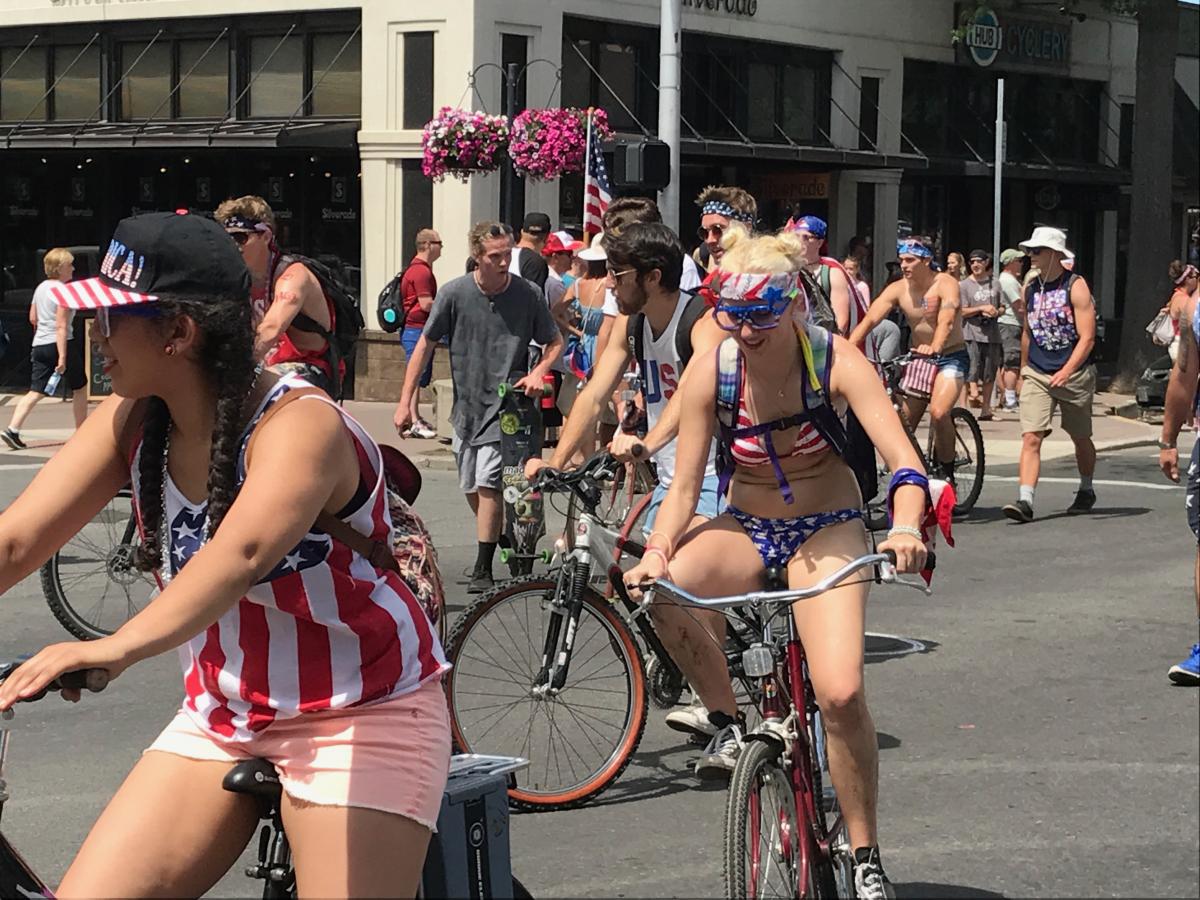 Enjoy your world & Leave No Trace,

Leave No Trace's Jessie Johnson and Matt Schneider  are part of the 2017 Subaru/Leave No Trace Traveling Trainer Program that provides free, mobile education to communities across the country. Proud partners of this program include Subaru of America, REI, Eagles Nest Outfitters, Deuter, Thule, Klean Kanteen, and Smartwool.