Can Bears & Humans Co-Exist? Big Bend National Park May Have the Answer 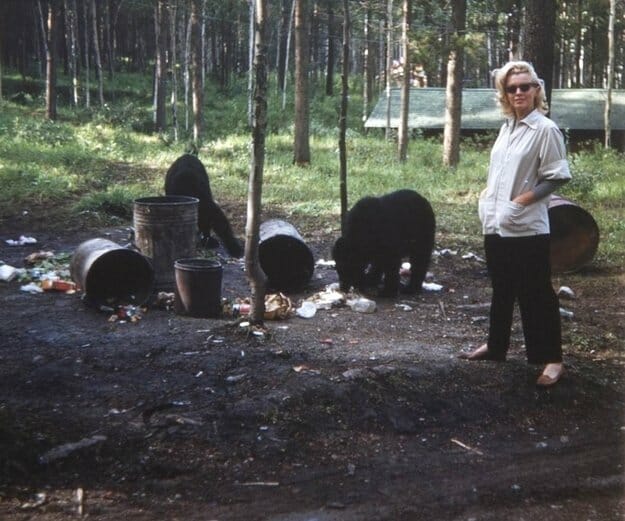 Big Bend, TX: In the early days of national parks, bears were treated as amusement for visitors. In the case of Yosemite, Yellowstone, and Sequoia National Park, as well as others, piles of visitor food and trash were placed in an open space and circled by bleachers. Then as hungry bears fed on the smelly garbage, attendees would awe in amazement. 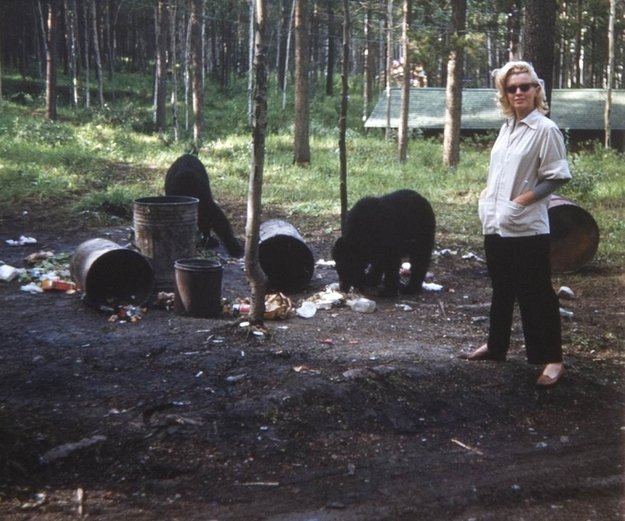 We now know how detrimental this is to the bears’ health but also to the future of bear-human interactions. Even as the bleachers were torn down and bear boxes were installed in campgrounds, much of the damage had been done. The bears had become habituated to humans, meaning they no longer had a healthy fear of us. And worse, they were food conditioned, meaning they sought humans out for food-sometimes becoming aggressive and therefore, had to be removed or put down.

Even today, decades after the practice of feeding bears in National Parks, bears in these parks are much more aggressive when seeking visitor food than elsewhere. Yosemite National Park is constantly being used as an example of how smart bears can become at obtaining food and trash left out by visitors. Bear hangs are no longer permitted, nor can visitors store food or smellables in cars since bears have taken to smashing in windows and prying open doors. But what if this historical food conditioning didn’t exist? What if we could have prevented it before the problem started? Big Bend National Park in Texas is a unique case, since its bears came to the area after park staff and visitor’s bear knowledge drastically improved.

Specialists at Big Bend National Park believe black bears migrated into the area from Mexico and were considered abundant in the Chisos Mountains until about 1940 when they were primarily hunted. However, they returned in the 1980’s and Big Bend is now one of the most likely places in Texas to see a black bear. Their numbers have ebbed and flowed due to the stressful climate and drought, but the population is now thriving with 108 sightings in November 2016.

Big Bend sees much less bear-human conflicts than other parks. One reason might be that Big Bend has a much lower bear population than other well-known bear parks, however, park staff believe its because they’ve prevented bear habituation and food conditioning. Park staff and volunteers are all trained in Leave No Trace bear ethics and campground hosts will frequent campsites to check for food storage. There are bear boxes available at not only the frontcountry campsites but the backcountry sites as well. Park staff won’t hesitate to close trails down if they anticipate heavy bear activity due to pine or oak nut production. 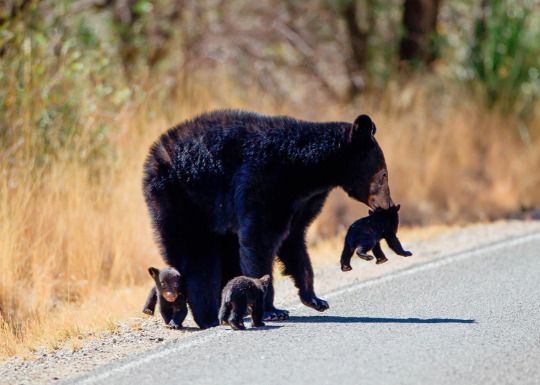 In 2013, Park Biologist, Raymond Skiles said, “education about preventing bear habituation is a “heavy message” conveyed to park employees and residents alike. “Things as mundane as dog food and water in backyards” are no longer allowed, cites Skiles. Hummingbird and grain bird feeders are no longer permitted, either, at least not for employees living in the Basin.

“In stress years, bears get smart and try new things,” explained Skiles. We’ve done a good job, but we must remain vigilant. This park still is exemplary among bear parks. But that’s not good enough. We have to be ready to constantly respond and amend our programs.”

Though we cannot undo the failures of the past, having a park like Big Bend National Park where preventative measures have kept bears wild is an interesting case in bear-human interaction and will serve incredibly valuable as we study how we can best live among such impressive creatures. 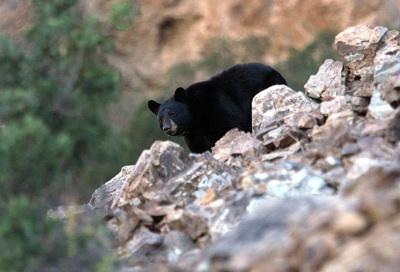 Leave No Trace’s Donielle Stevens and Aaron Hussmann are part of the 2017 Subaru/Leave No Trace Traveling Trainer Program that provides free, mobile education to communities across the country. Proud partners of this program include Subaru of America, REI, Fjallraven, Eno, Deuter, Thule, Smartwool, and Taxa Outdoors.