Beyond Packing it Out 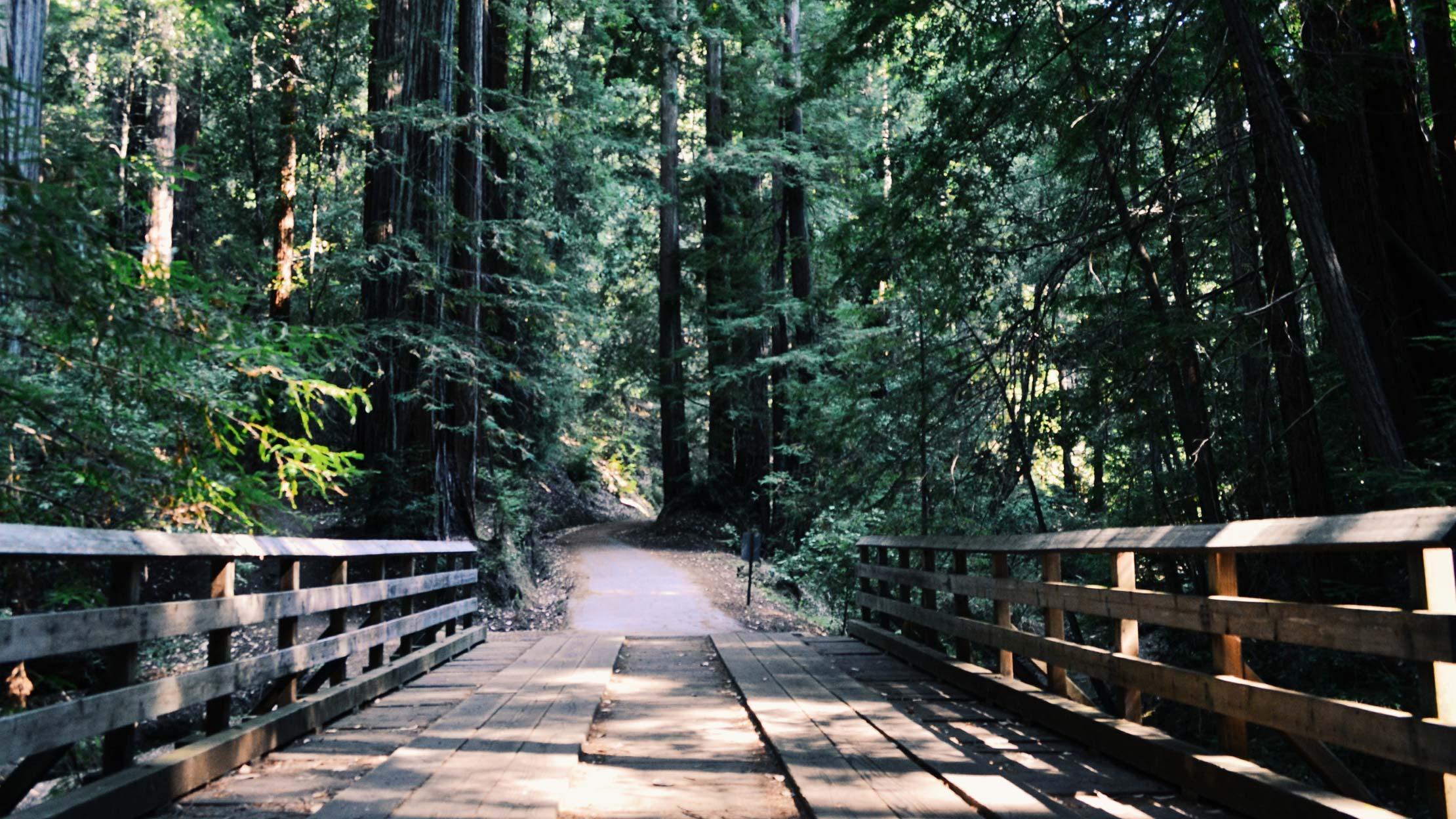 As Traveling Trainers, we hear this a lot when we’re out talking to people about Leave No Trace. One woman even told us, a bit disdainfully, “I don’t understand why we need a group for that.”

We can sympathize. As kids, a lot of us heard, “Take only photographs and leave only footprints” almost as often as, “Wash your hands” or “Look both ways!”

But there’s more to Leave No Trace than wise adages and throwing away granola bar wrappers. Think about those venerated footprints. Considering that some trails get trampled on by millions of feet each year, it’s pretty important to think about where we leave those footprints. After all, our feet can destroy sensitive plants and damage animals’ homes, and they can turn a two-foot wide trail into a 50-foot superhighway as we maneuver around mud puddles or other visitors. And seeds from invasive species, such as the pernicious garlic mustard, love to harbor in our boot treads and spread from trail to trail.

Plus, if everyone really understood how to “pack it in, pack it out,” why did we follow a Hansel-and-Gretel-like path of orange peels and energy bar wrapper corners on our last hike?

As Traveling Trainers, what we’ve learned about Leave No Trace is that there’s always more to learn. We know we’re supposed to be the wise Yodas of low-impact recreation, but we haven’t quite figured out how to hover-hike without touching the ground. And, like we learned in preschool, everybody poops. So we still spend a lot of time learning how to be better Leave No Tracers.

First of all, there’s a lot more to Leave No Trace than packing out your sandwich baggie. (Although we think that’s important, too!) What about dealing with things that are harder to pack out, like dishwater? And pee? And, perhaps our most commonly asked question, toothpaste spit? That’s Leave No Trace, too…as is responsible firewood collecting, proper food storage (we’re still working on perfecting that PCT bear hang), and knowing when and how you can take a dip in your favorite swimming hole without contaminating the water.

There’s also nuances to how we practice Leave No Trace in different places. Before road life, we lived and played in the Blue Ridge mountains throughout the southeastern U.S. As we made our way across the American west, however, we learned about Leave No Trace almost as much as we taught it. Biological soil crust, grizzly bears and WAG bags…we weren’t in the Blue Ridge anymore! The bear hangs and catholes of our back-east backpacking trips weren’t always the best way to minimize impacts in our new territory and, honestly, it was fun to learn new tips and techniques.

What’s also exciting is that Leave No Trace, along with outside organizations, conducts research that helps further our understanding of how we impact land, water, wildlife, and other people when we play outside. Most importantly, this research informs what we can do to reduce those impacts. In a nutshell: things change. With new information, past recommendations can become outdated. Take, for instance, pit fires. Years ago, it was recommended to carefully remove the top layer of soil to create a small pit and, after the fire was out, to replace the intact soil. However, we found that, because the fire was sterilizing the underlying soil, vegetation could no longer grow on top of the pit fire. And, until recently, Denali mountaineers were instructed to throw their bagged poop into deep crevasses, where extreme temperatures and grinding glaciers would obliterate the waste…until researchers realized that the ice was preserving the poop and accompanying fecal bacteria, and that billions of pounds of waste were ending up downstream.

Furthermore, even though we’ve long considered ourselves to be responsible outdoor enthusiasts and have camped our way across the U.S. for the past year and a half, we’re still picking up new Leave No Trace tricks and techniques. For instance, we always patted ourselves on the back for walking at least 100 feet away from our campsites and scattering our dishwater. However, the back-patting stopped when we realized that, no matter how thoroughly we cleaned our plates, there was enough food left in that scattered dishwater for an all-you-can-eat rodent buffet. After a decade of camping together, we now strain our dishwater after every meal. Another Trainer team travels with a spare water container that they use for greywater – something we had never considered.

Our point is that there’s no shame in not knowing everything about Leave No Trace. In fact, it demonstrates a strong outdoor ethic to be willing to learn more. Before your next outdoor adventure, check out what’s new on our website, social media and YouTube. Browse the website for the area where you’re going or stop to chat with a ranger or volunteer. And, if you see us out and about, tell us what you’ve learned. We’ll be excited to hear it.

Enjoy Your World and Leave No Trace.

Leave No Trace’s Jessie Johnson and Matt Schneider are part of the 2018 Subaru/Leave No Trace Traveling Trainer Program that provides free, mobile education to communities across the country. Proud partners of this program include Subaru of America, REI, Eagles Nest Outfitters, Deuter, Thule, Taxa, and Klean Kanteen.