National Parks Overcrowding in the News 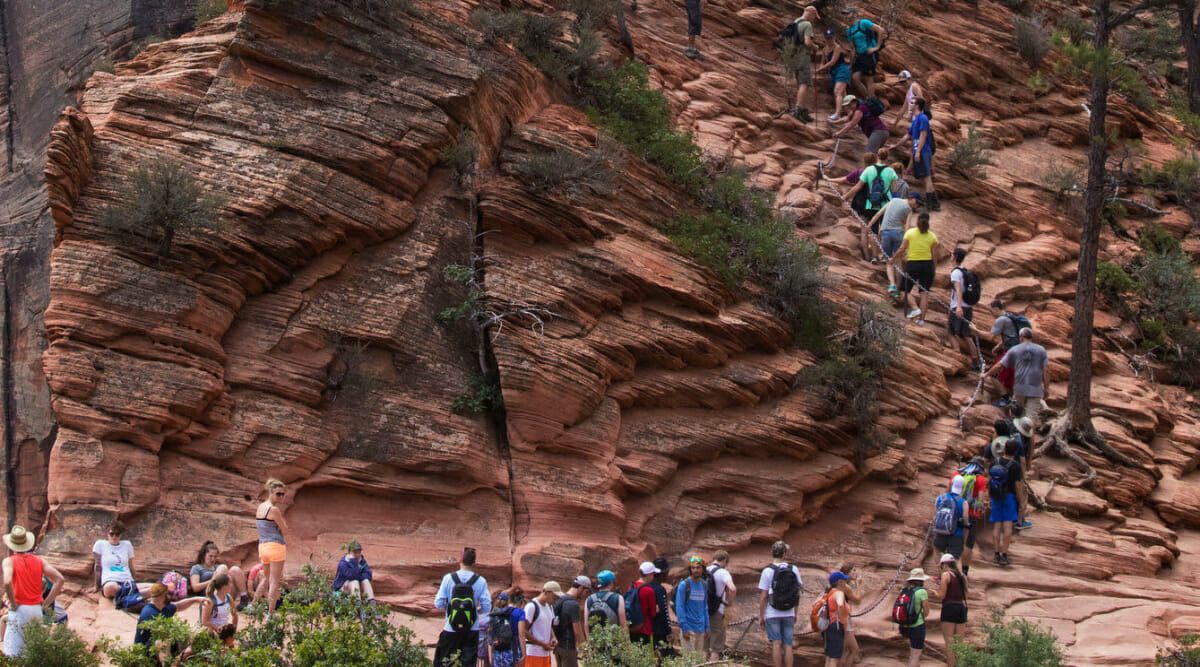 Zion National Park: A story in The New York Times examined the issue of overcrowding in U.S. national parks. The online article featured dramatic, full-screen images from Zion National Park, which is considering adopting a reservation system in order to get a handle on the swarms of people that overwhelm Zion during the peak tourism season. If instituted (a decision is expected next year), Zion would be the first national park to require reservations for most visitors. 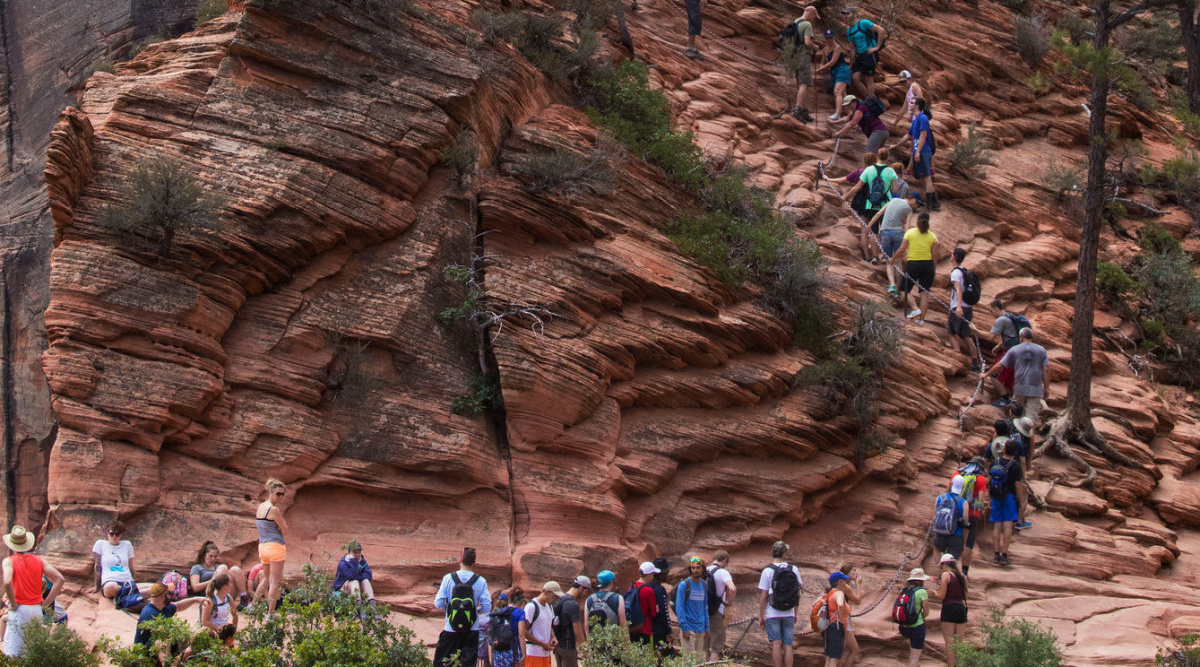 Read the full article: National Parks Struggle With a Mounting Crisis: Too Many Visitors. Image by Ruth Fremson for NYTimes.

The story offered plenty of statistics about Zion’s overcrowding issues, including “In 2016, about 4.3 million people visited, up 60 percent from a decade ago.”  Evidence about the challenges faced by the National Parks Service was also convincingly cited: “The park system has a maintenance backlog of more than $11 billion and President Trump has proposed a 13 percent cut to the service.”

Yet, an important component of the overcrowding story was left out of the analysis. The possibility of improving Zion’s visitor education and Leave No Trace messaging was not touched, despite passages that indicate that there is room for improvement in this regard.

“Zion’s delicate desert ecosystem has been battered by tourists, some of whom wash diapers in the Virgin River, scratch their names into boulders and fly drone cameras through once quiet skies,” reads the story. “The park has about 25 miles of developed trails. But over time, rangers have mapped about 600 miles of visitor-made paths, which damage vegetation and soil and take a toll on wildlife.”

Doubtless, many people reading this blog could describe how teaching the Seven Principles of Leave No Trace to Zion’s visitors might help reduce the impacts that the park is facing. (Hint: Principle 1, Plan Ahead and Prepare, applies well to the situation in Zion.) While visitor outreach alone can't halt all of the problems associated with overcrowding at national parks, multiple studies have demonstrated that it can have a big effect on reducing the impacts caused by visitors.

What are our opportunities for bringing Leave No Trace knowledge to park visitors—not just at Zion National Park but at parks and protected areas across the United States, and, indeed, around the globe? That’s the work that the Leave No Trace Center for Outdoor Ethics performs every day, and we are thankful to everyone who helps us pursue our goals.