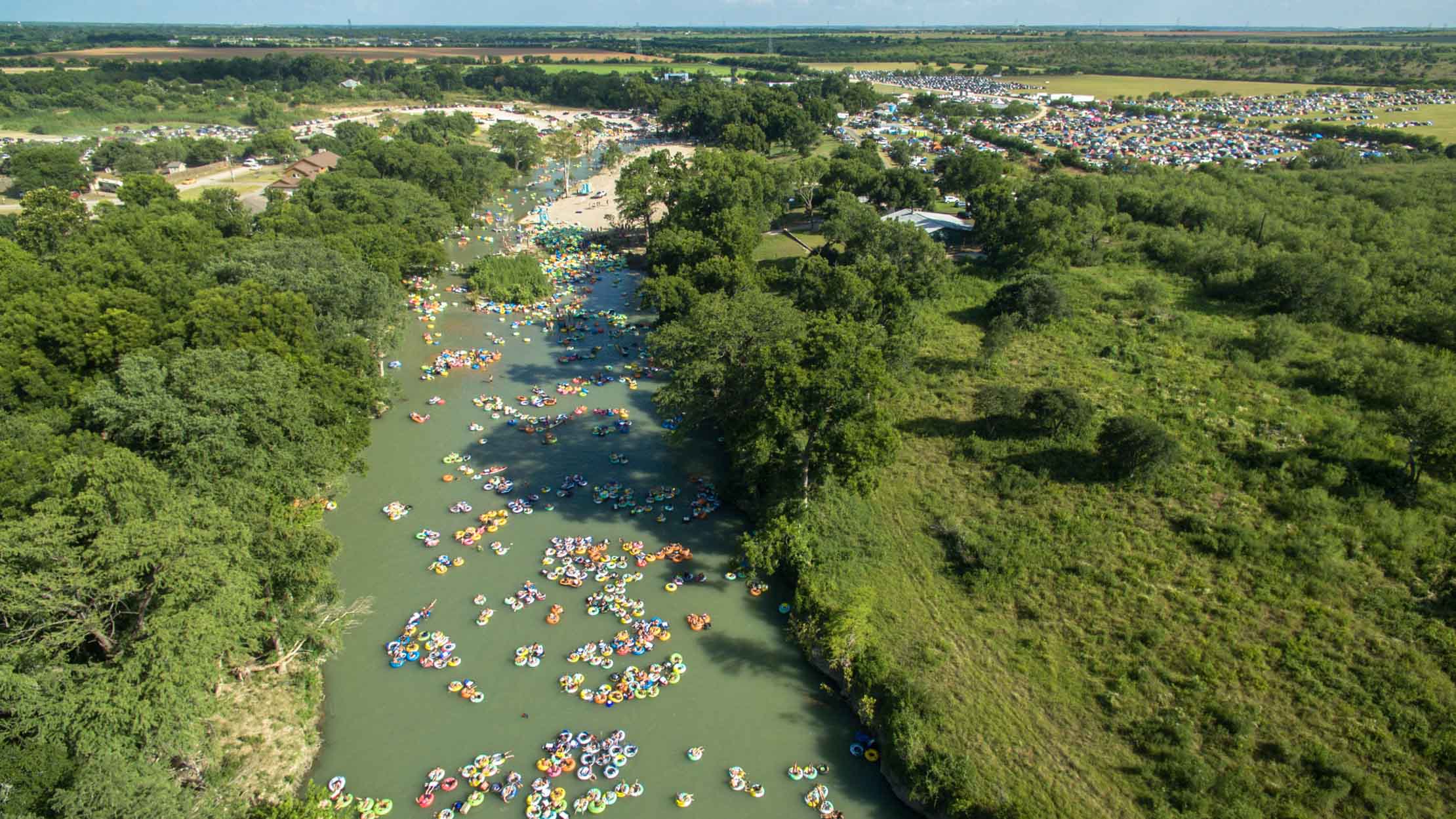 Each summer over 80,000 recreationists visit the 3.6 mile-long Lower San Marcos River Recreation Area just east of San Marcos, Texas. The San Marcos River is considered one of the most biologically diverse ecosystems in the southwestern United States and is home to several threatened and endangered species including the Texas Blind Salamander, Fountain Darter, and Texas Wild Rice. The number of visitors in recent years, especially of tubers, has increased substantially, in part because cities and local entities who manage nearby rivers have enforced more public health and safety ordinances by prohibiting glass or alcohol and enforcing noise restrictions. Tubers have flocked to the San Marcos, where they often leave large amounts of trash (beer cans, water bottles, flip flops, etc) behind. The Texas Wild Rice is often ripped and torn as recreationists stand in the river. Human waste is an increasing problem and the sheer volume of tubers frequently frustrates neighboring landowners. This has resulted in user conflicts, as other recreational activities are made more difficult by the clogging of this stretch of river.

During this Hot Spot, we removed over 1,000 lbs of trash (50 flip flops, 200 beer cans, 120 water bottles, and 4 tires) and educated 8 local stakeholders on effective communication

Traveling Trainers teamed up with Texas Senator Judith Zaffirini’s office, the City of Sand Marcos, the San Marcos River Foundation and eight other local stakeholder businesses and organizations to educate the San Marcos community about the major impacts on the San Marcos River and how Leave No Trace efforts could combat these problems. The team spent time with local tubing retailers and environmental organizations, explaining the benefits of Leave No Trace skills and ethics, and how to have educational conversations with tubers that will promote long term behavior change. Prior to the Hot Spot, major tubing businesses in the area felt that educating visitors was extremely difficult, if not impossible. After their time with the team, these businesses because open to the idea that education could change tuber behavior and expressed interest in furthering their knowledge about how they could influence visitor behavior towards protecting the river. While on-site, the Leave No Trace team and volunteers partnered for a day of service in which they were able to remove 1,000 lbs of trash from the river. The times removed include 4 car tires, 120 plastic water bottles, 50 flip flops, and 200 beer cans.