Reservations Required After Campsites Get Trashed in a Colorado Forest 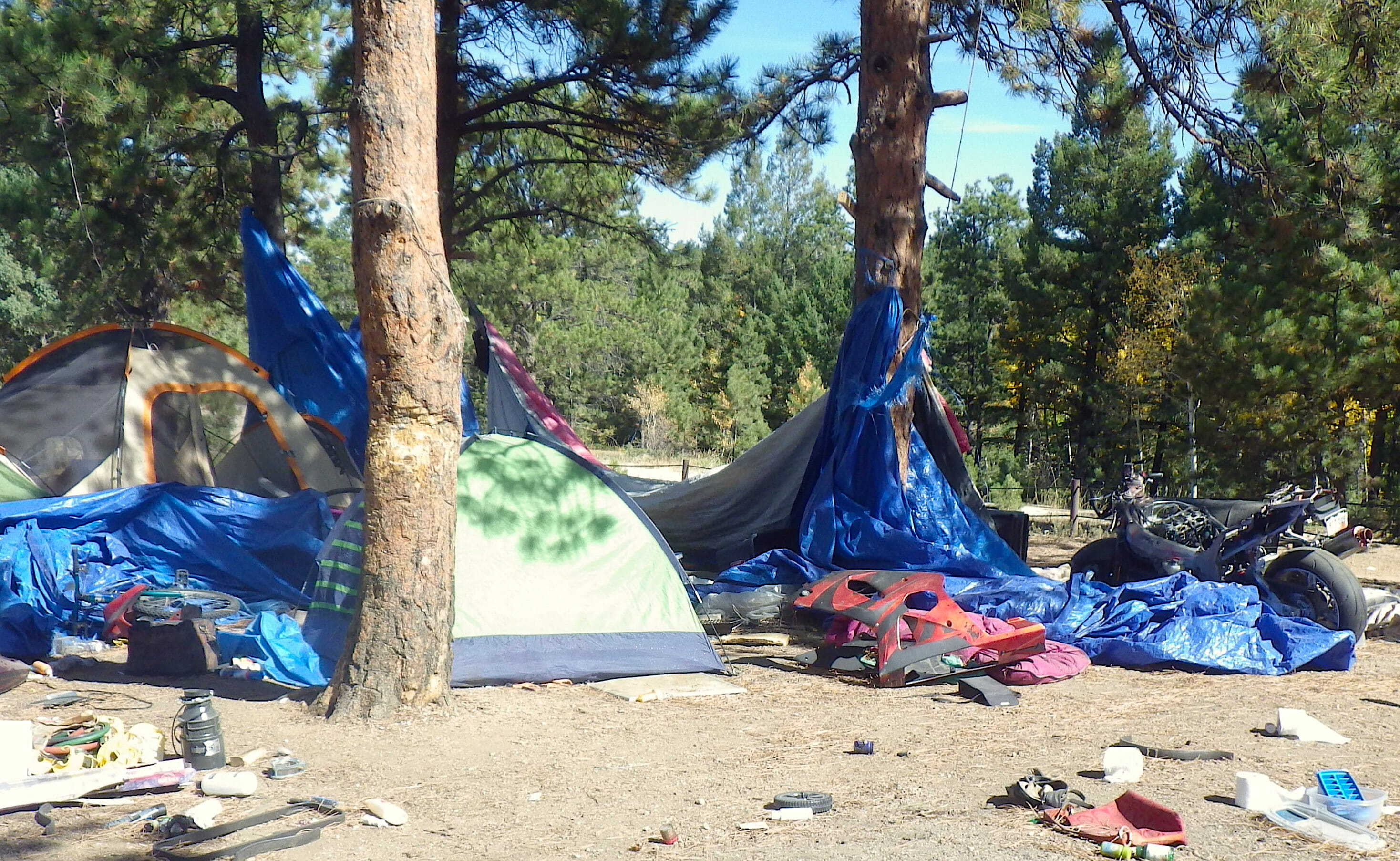 Located on Colorado’s heavily populated Front Range, the Pike National Forest has long offered dispersed camping that allowed visitors to snag last-minute sites — even on a nice weekend if you knew where to look. But now some of that freedom will be forfeit after irresponsible campers wrecked campsites, leaving large amounts of trash and human waste behind. Instead of first-come, first-served free camping, some of the South Platte area’s 300+ dispersed areas will soon require an advanced reservation and a mandatory fee.

Be part of the solution — take the #LeaveNoTrash pledge!

Brian Banks, a senior ranger in the South Platte District, says that the new fees and reservation system probably wouldn’t be needed if more visitors followed Leave No Trace. “The issues we’re facing would be manageable if more people adhered to the seven principles — from planning ahead to knowing how to pack out their waste, it would make an enormous difference if visitors would follow that advice.”

According to Banks, the volume of visitation in his district means that even if most campers do a good job controlling their impacts, the small percentage of irresponsible users create a big financial burden. “The fees collected through this program will help pay for new toilets, improved campfire rings and other measures to protect the forest’s natural qualities,” says Banks.

The situation in Colorado is not much different from other places across the United States. From the popular camping in New York’s Adirondacks region to California’s Joshua Tree National Park and countless other natural areas from coast to coast, Leave No Trace remains a vital part of protecting the qualities of the places we all cherish. “That’s why the work we do is so critically important,” observes Ben Lawhon, the Center’s Education Director. “Every person we inspire with an ethic of stewardship for public lands is a step in the right direction.”