Filipino Trailblazer is Training the Masses 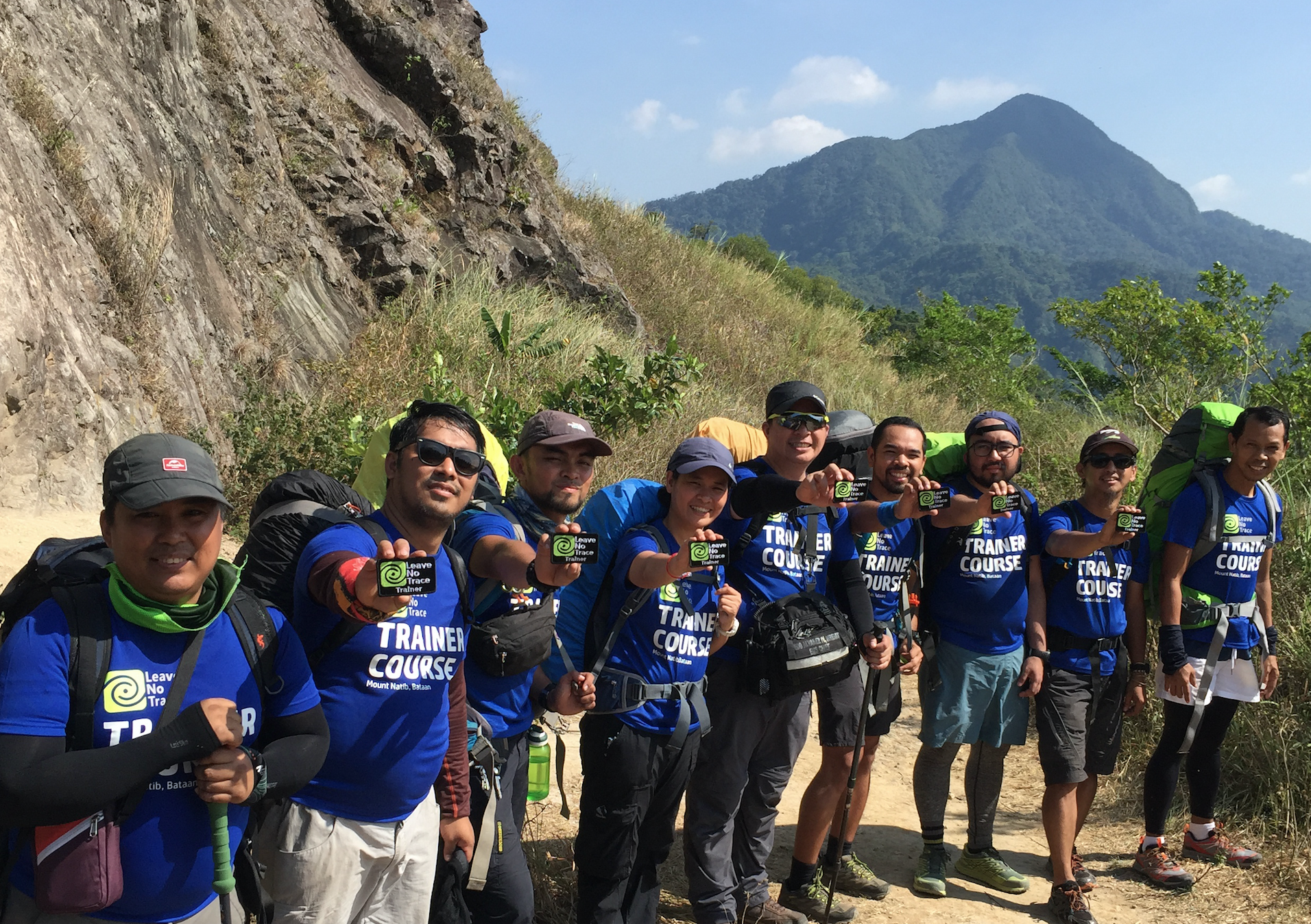 In 2012, Filipino mountaineer Lito De Veterbo began volunteering when he wasn’t working, giving Leave No Trace workshops in his community. He had learned about Leave No Trace during a five-month mountaineering training in Manila a year before and was concerned about the environmental future in the Philippines.

Earlier this month, I had the opportunity to ask De Veterbo about his work, the issues impacting the outdoors and what’s next for Lito De Veterbo and his group.

How did this all begin?

What are the Leave No Trace-related environmental issues that are most important to solve in the Philippines?

At the top is the indiscriminate disposal of trash. Filipinos are still used to throwing their trash just about anywhere. Cigarette butts littering the ground is a common scene despite the presence of a trash bin. Second is the lack of awareness on the impacts of every activity we do both indoor and outdoors. Most Filipinos have the mind-set that anything unplanned is more fun versus having to through the whole process of planning a trip. Single-use plastic is still very much part of our lives even though various law and regulations have been passed both by national and local governments. 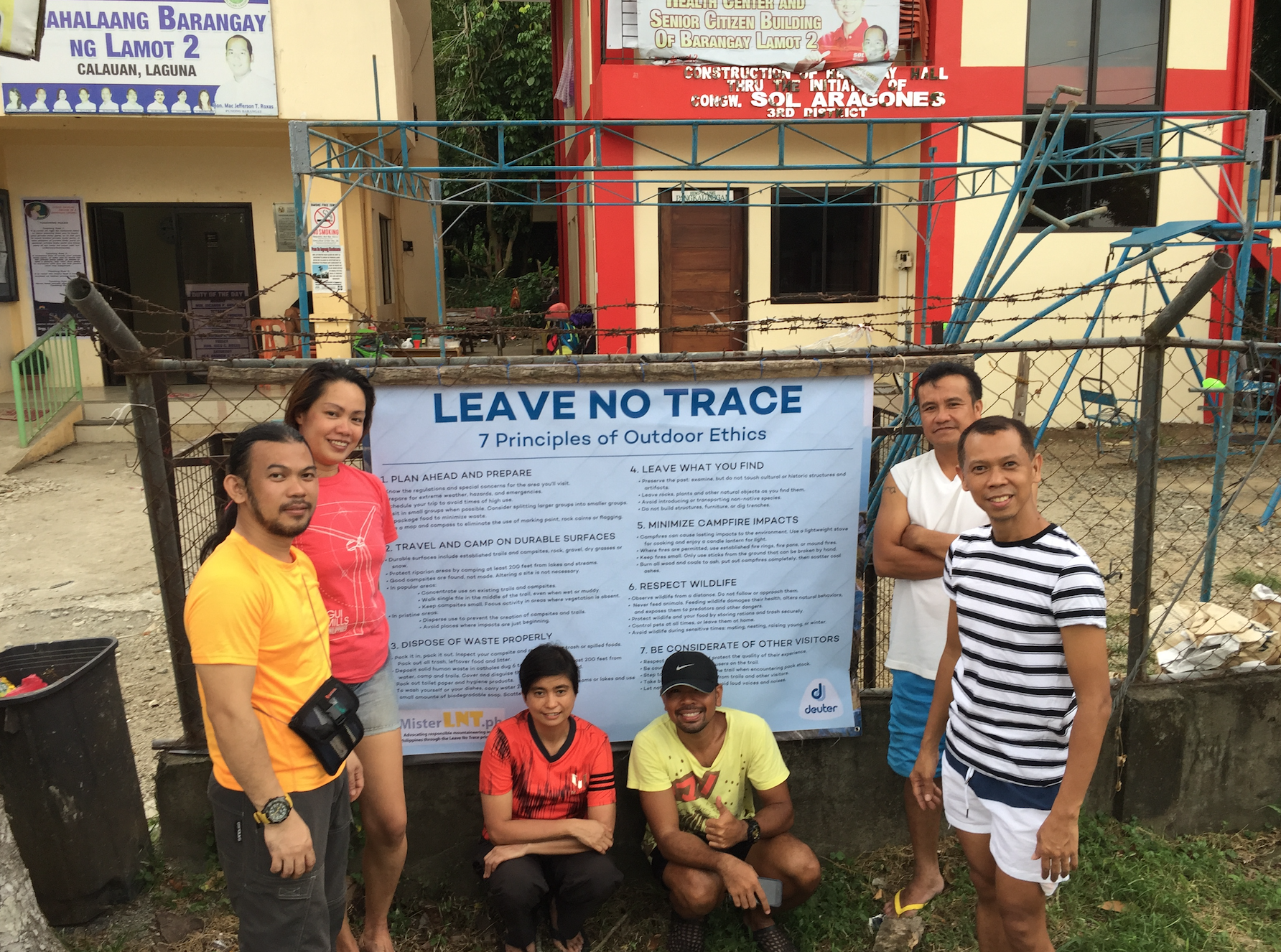 What parts of Leave No Trace program are most important in the Philippines?

The most important for me would be principle #1 Plan ahead and prepare. It is where you begin and all the other principles follow through and emanate from it. However, the principle that has the most visible manifestation is principle #3: Dispose of waste properly.

Are there any adjustments that you make to the program to make it more relevant to people of the Philippines?

Yes, on principle #3 Dispose of waste properly. When I teach Leave No Trace, I always emphasize that one of the ideal ways to truly minimize impacts to the environment is to refuse everything that would eventually turn into trash. While it is true that Leave No Trace teaches how to dispose of waste properly, I think we can take it a level higher based on the idea and my observation that people would sarcastically argue that I am “disposing properly” so “I should be ok because I minimize my impacts.” But, if we can promote the idea of waste reduction ahead of proper disposal, we would achieve greater degree of environment awareness, and therefore less waste.

What was the most important learning on your Master Educator course?

The most important thing I learned during my Master Educator course is that proper and utmost preparation is key to having a successful outdoor trip and achieving your goals.

What groups are you working with in the Philippines right now? How do you organize people for training and who is interested in it? 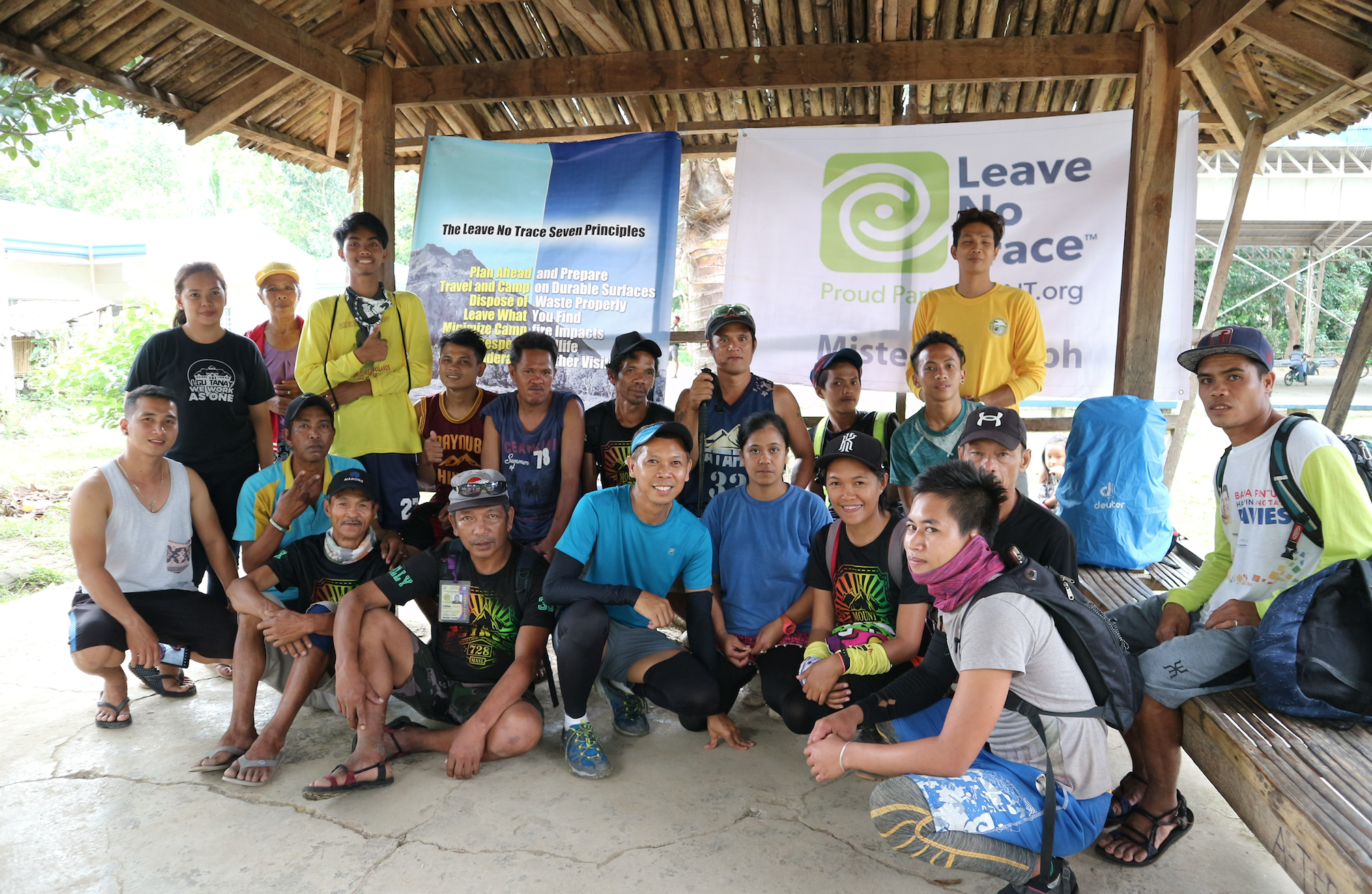 I work with almost any group that come to me seeking help in terms of how they can learn Leave No Trace or how they impart Leave No Trace within their group via non-binding engagements. I maintain my independence as an advocate of Leave No Trace, allowing me to deal with anybody.

My training sessions (both awareness workshops and trainer courses) are either privately arranged or open to the public. If private session, it is not published anymore. For session open to the public, promo materials are designed and released to the public to gather participants. Sometimes I organize myself, or a group would organize it then I come in as the Leave No Trace resource person. In most cases, participants come from the outdoor community.

Susy Alkaitis August 30, 2018
News & Updates
Take Your Leave No Trace Training to the Next Level with a Master Educator Course