U.S. Parks Service Announces All Trails To Be Paved By 2015

A spokesperson for the U.S. Parks Service announced a new plan today to minimize the impacts of millions of visitors each year. The new plan calls for America’s most beloved parks to pave existing trails with asphalt or concrete.

“Each year more and more people are enjoying U.S. Parks, but don’t know how to respect them”, says U.S. Parks Service Associate Director David Winthrop. “It is taking a toll on our natural resources and paving park trails is one way we can combat the misuse of parks”. 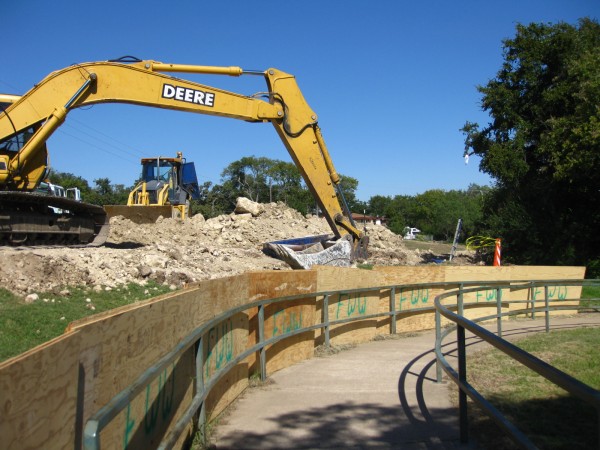 Also included in the U.S. Parks Service plan is the creation of ditches that run along the side of the newly paved trails. These ditches will collect the millions of pounds of trash that park visitors leave on trails each year and will aid understaffed park maintenance teams in picking up after visitors.

“We have tried for years to encourage park visitors to treat our parks as they would their own homes”, Winthrop says, “I guess most of the public just live in a pigsty”.

More information about how paving parks can be avoided visit www.LNT.org.

April fools from Leave No Trace! The Center is pleased that plans like this are not a reality, thanks to the thousands of members and partners who practice and advocate Leave No Trace.