Natural Areas Benefit from ‘Opt Outside’ Cleanup Campaign With REI 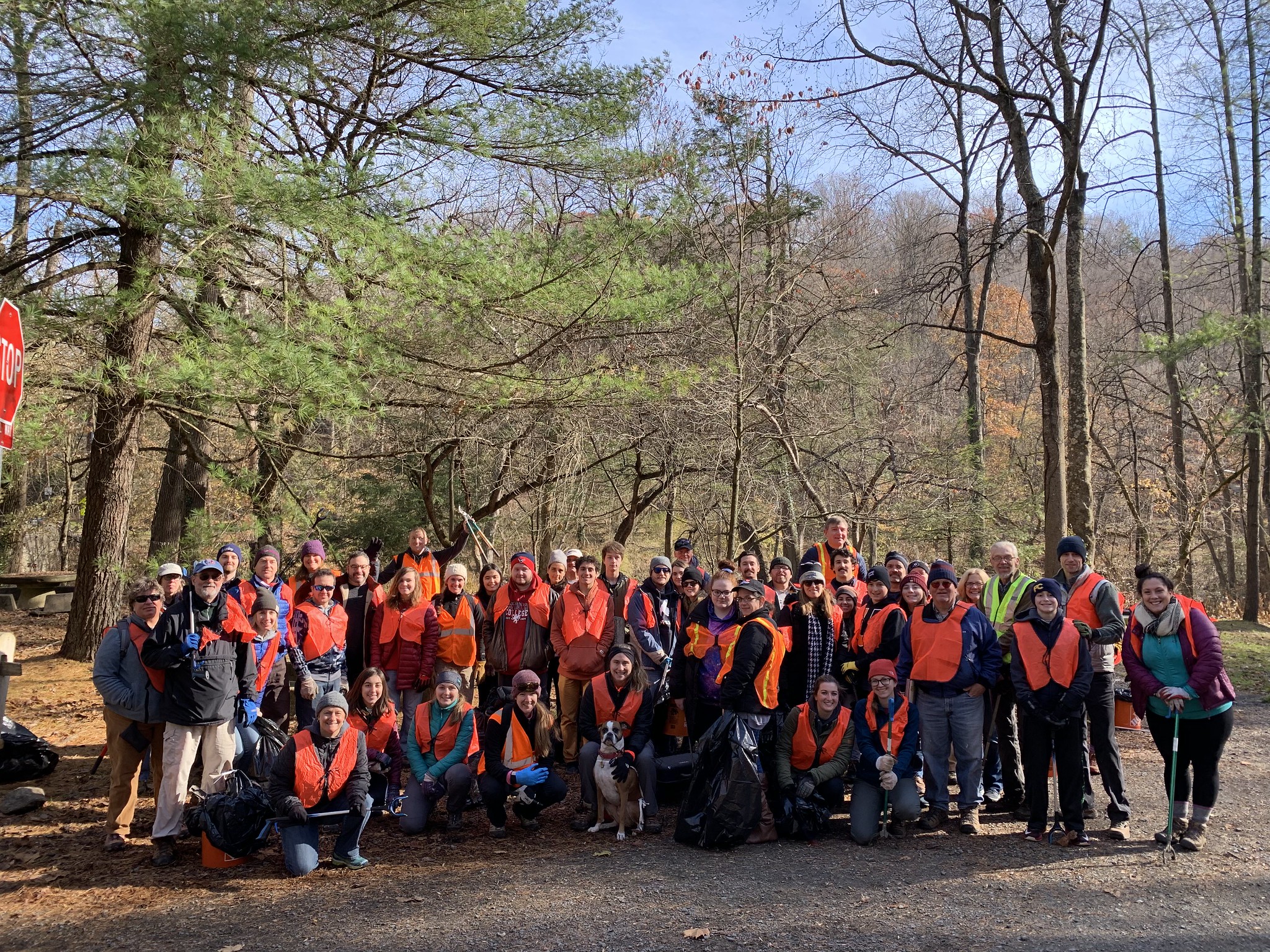 In November, the Leave No Trace Center for Outdoor Ethics joined with longtime supporter REI for their annual #OptOutside celebration. Together, we engaged communities across the United States with an “Opt to Act” theme, encouraging people to get outside and do something good for the natural areas that inspire us all.

Working in partnership with a variety of local organizations, Leave No Trace conducted cleanups in seven cities, with our Traveling Trainers on hand to help facilitate the work and provide environmental education for hundreds of volunteers. (Signup for the Leave No Trace volunteer registry if you are interested in learning about upcoming events like these.)

In total, those efforts equate to an $80,000+ contribution toward protecting public lands. Here’s a closer look at what was accomplished in each community.

11/17 at Jacksonville, Florida’s McCoy’s Creek
Local host: St. Johns Riverkeeper
Number of volunteers: 50, including 20 youth participants
Waste collected: 22 bags of trash (about 484 pounds), including 5 tires, 1 wallet, 1 suitcase and 1 traffic cone removed from the river
Volunteers employed two kayaks to help rid the waterway of trash. A group of volunteers planted 100 Muhly grass plants along the banks of McCoy’s Creek to help prevent trash reaching the waterline. The Riverkeeper organization conducts similar events once a month along the entire waterway.

11/23 at Austin, Texas’ Stephenson Nature Preserve and Givens Park
Local host: City of Austin Parks and Recreation Department
Number of volunteers: 90
Waste collected: 15 bags of trash, an estimated 330 pounds
The Subaru/Leave No Trace Traveling Trainers provided insights on how communities can educate visitors at natural areas and encourage them to reduce waste. The Parks and Rec staff joined dozens of motivated citizens to help protect two natural areas in Austin. In 2020, the Austin’s Barton Creek Greenbelt will be a focus of Leave No Trace’s national Hot Spots campaign. Watch a short video on YouTube.

11/23 at San Francisco’s Jackrabbit Beach and Sunset Point
Local host: Literacy for Environmental Justice
Number of volunteers: 50
Waste collected: Not recorded
Event notes: Literacy for Environmental Justice provides strong education programs for youth and adults in the Bay Area. They also operate a tree nursery and greenhouse to provide native species plantings. Volunteers were exposed to a variety of environmental education sessions, and many of them made their first connection with the Center’s Traveling Trainers.

11/30 at Phoenix, Arizona’s Lower Salt River
Local host: Natural Restorations
Number of volunteers: 145
Waste collected: 3.24 tons (6,480 pounds)
The cleanup had to be rescheduled by a day due to heavy rains and river flooding. The deluge washed lots of refuse into the river, creating an urgent need for trash removal at Sheep Crossing. The volunteers were up for the challenge, working hard throughout the cleanup, then gathering for a catered lunch and a big gear raffle. Visit the Natural Restorations Facebook page for a great collection of still images.