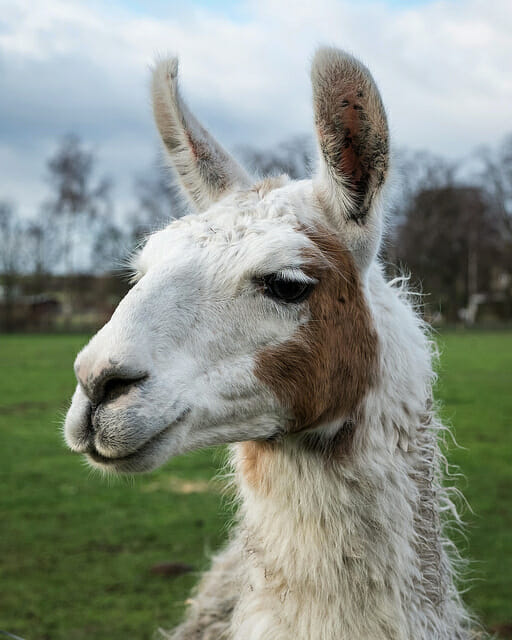 The llama, native to the high puna of the South American Andes, is a relative newcomer to North America. The importation of llamas to North America in the 1800s was only common for zoo and exotic animal exhibits. But in the early 1970’s a few private breeders began recognizing the unique qualities of the llama as an alternative livestock for pet/companion animals and pack animals. Market momentum began to build and by the late seventies, two year waiting lists were commonplace for most breeders. Now, the U.S. llama herd now numbers in excess of 100,000 animals. 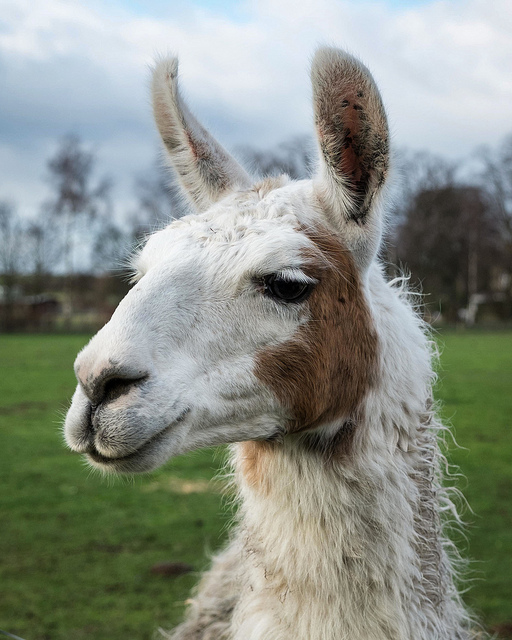 What Makes Llamas Great For Backcountry?

Camelids, ancestors of our present day llamas, did not continue along the well-established evolutionary foot trend of development. Where other animals developed from digitigrade (walking on toes like cat or dog) to unguligrade (walking on the tips of their toes like a horse or a deer), camelids went from digitigrade to nearly unguligrade and then back to digitigrade. The foot development that occurred was a digitigrade foot with a large surface area in contact with the earth. The wide foot means their extremely stable and sure-footed, they have toe-nails that provide traction in the snow and mud, and their soft pad means impact from the llamas foot on fragile soil is minimal.

Llamas walk in a distinctive way by moving the feet on the same side of the body forward at the same time. This allows the llama to cover more distance with less energy. Evolutionary, this trait probably developed in the Andean mountains where sparse vegetation meant llamas would need to cover great distances to find food. Also, in order to survive with scarce rations, the llama’s metabolism became very efficient. Their three stomach mean they do well on low protein foods such as pine needles, sedges, and shrubs they nibble along the trail.

Llamas spent their developmental years grazing on the high puna. At these elevations oxygen is scarce; consequently, the llama has a unique blood structure to deal with oxygen deficiency, this allows the llama to function efficiently as a pack animal even at high elevations.

Llamas are praised as being calm and reliable in high stress situations. Although many people point to the spitting habits of llamas, handlers know that most llama spitting occurs very rarely and towards other llamas to end disputes. They don’t bite and rarely kick, and llamas have a great herding instinct which means they won’t run away. Most handlers own at least two llamas to keep these herding animals happy. They are known on the trail to stay calm when loud noises and wild animals are heard or seen.

Llamas have keen senses and can be useful for night patrol when camping in bear-country. When they see, hear, or smell danger they will often sound an alarm call loud enough to wake the most restful sleeper.

• Only weigh 300-400 pounds
• Feet allow the disbursal of weight over larger area causing less soil compaction
• Can walk extremely narrow trails without crushing side vegetation
• Cause less erosion than horses and were found to have a similar impact to that of hikers
• Eat lots of different things like grasses, leaves, twigs, and weeds spreading out their impact on indigenous plants, though check with your local land manager to learn about feed requirements for your llamas (i.e. certified weed free feed, whether grazing is allowed, etc)
• Don’t require as much water (though bring plenty for your llama pack anyway!)
• Dung is small and easily scattered with a boot or shovel
• Resistant to major livestock diseases
• Are quiet when hiking and don’t disturb other visitors

These benefits mean using llama pack stock has become popular to carry supplies for backcountry hikers, are used by hunters to pack out a wide variety of game, and by Forest Service and land managers to carry saws and other equipment for clearing and building long-term trails.

Since llamas are relatively new on the North American hiking scene, owners must become educated as to their care and handling on the trail. As low impact and unobtrusive as llamas are, they still can have an adverse effect on their environment if not handled properly.

For tips on how to minimize your impact when leading pack llamas check out our Guide to Using Llamas in the Backcountry.