What do you do when you are demoralized seeing trash every time you go on a walk? It’s easy to get frustrated, but instead of dwelling on the negatives, Chelsea Murphy, a stay-at-home mom raising two kids decided to mobilize for change.

Murphy lives in Leavenworth, Washington, a Bavarian-styled village of 2,000 people nestled in the Cascade Mountains of central Washington that sees a huge influx of tourists every October for their Oktoberfest. With their Oktoberfest comes a deluge of additional trash left littering the town and trails. Murphy shared, “I didn’t grow up here and I love the tourism—it brings diversity it brings people from all over the world into our town and I love seeing that and hearing that and I wanted to show the residents that there is possibility.” While weighing the merits of tourism, what is clear is that there is much Leave No Trace education still to be done.

And so Murphy decided to lead by example and organize a weekly trash cleanup with her mom friends so that tourists might see them outside and think differently about leaving litter behind. “Instead of just complaining about it all the time, it’s such a simple solution to a problem” she says. “I did a mass text message with the moms I know and decided to simply share the who, what, when, where and why for a trash clean up. I told them to bring a reusable bag or old sack, gloves and then just let everyone know where we’d be.” 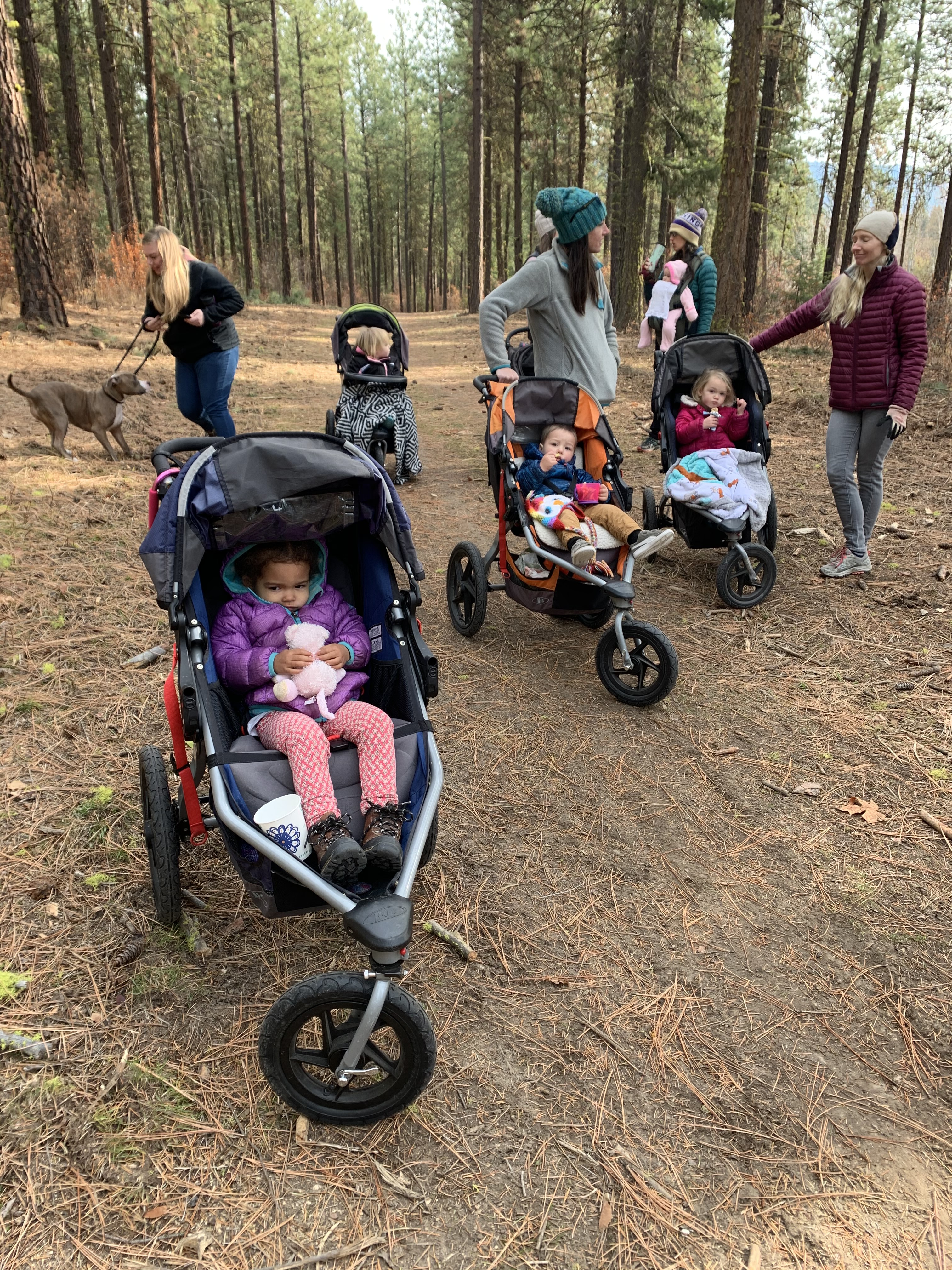 The response has been impressive: in their first week, three moms and their kids joined Murphy out on the trail. By the second week she had ten people involved. “You don’t have to be heavy in numbers. It’s been really motivating to take care of our community.” The cleanups are chronicled through Chelsea’s Instagram account, @shecolorsnature—showing the fun, chaos and excitement of young children interacting with the outdoors. 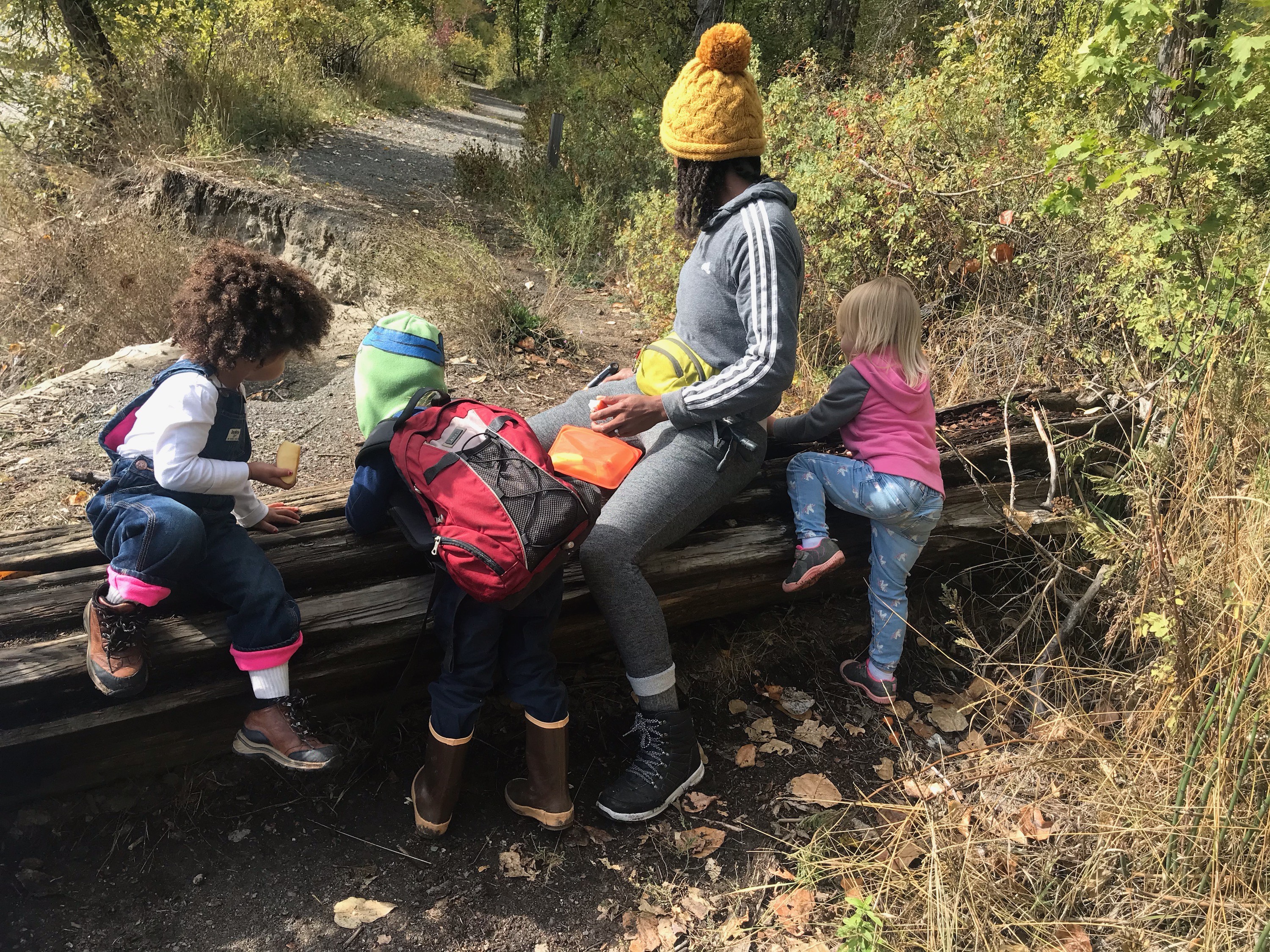 Getting their kids involved has been a vital component in these cleanups for Chelsea and the other moms in Leavenworth. “Kids enjoy picking up trash, I don’t know why but they do! [They] love it if we say ‘if you get 5 pieces of trash, then you get a snack.’ We turn it into a game.” Of course, the consequence of this game results in their kids learning about Leave No Trace and the importance of leaving things better—all while getting outside and having fun with their friends. As Chelsea says, “If you teach them when they’re young that they’re not above it then maybe it’ll stick, that’s what I’m hoping.”

Leave No Trace has joined forces with REI’s #OptOutside campaign this November to take cleanups a step further and encourage people to Opt to Act. We’re hosting 8 cleanup events round the country to get people outdoors and inspired to take care of our natural world. Not everyone can make it to these REI events but Leave No Trace hopes that you’ll follow Chelsea Murphy’s lead and get involved wherever you are.  Murphy and the other moms cleaning up Leavenworth and the surrounding areas every week are a great example of how easy and fun it can be to take action in your community.

Learn more about the Leave No Trace/REI cleanups and check out our tips on setting up your own event.

All Posts
Lifestyle
How to Plan an Outdoor Date