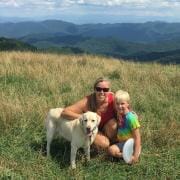 Boulder, CO: This Valentine’s Day, Leave No Trace is sending out a special Valentine to all the people we love. Here are just a few of the advocates and champions going above and beyond to spread their love for Leave No Trace. A huge thank you from all of us and Happy Valentine’s Day! 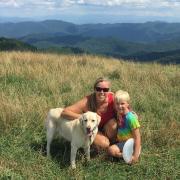 Amy Allison was a former Leave No Trace Traveling Trainer.  Even though Amy has moved on from the mobile lifestyle, she continues to adventure as the Marketing Manager at ENO hammocks.  Through a year of development, Amy worked with the Leave No Trace staff to create ENO’s benefit hammock line.  With each Hammock sold, ENO donates $10 to the Center raising critical programing support. 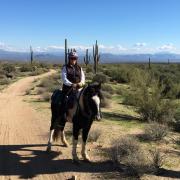 Kathe Hayes has supported Leave No Trace for almost two decades and is a driving force in bringing meaningful and effective minimum-impact education to her local community. As the Volunteer Program Director for San Juan Mountains Association, Kathe’s role in training Wilderness Information Specialists in Leave No Trace is invaluable. 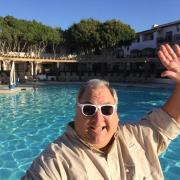 Josh Ovett was introduced to Leave No Trace when his son and daughter-in-law became Traveling Trainers in 2015. He has since dedicated countless hours to updating our database so we can contact you in 2017 in new and exciting ways. 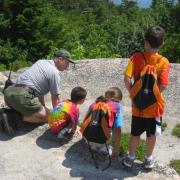 Without Charlie Jacobi’s dedication to Leave No Trace, Acadia National Park might not have been selected a Leave No Trace Gold Standard Site. Charlie has been integral in making Leave No Trace a comprehensive component of the park’s culture and programming. 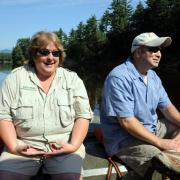 Michelle Broyer found her passion for environmental education later in life. She became a Saco River Conservation Docent and always sought out ways to infuse Leave No Trace into her community-partner leadership and her Conservation Education program for SRRC. Michelle passed away in November 2016, however the impact of her work will continue to affect her community for many years. 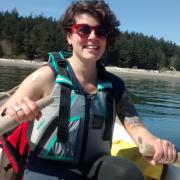 Mehgan Herold is only in her first year as Washington State Advocate but has brought incredible enthusiasm to the role. She was instrumental in the 2016 Lopez Island Hot Spot in the San Juan Islands and does great work as a Junior Ranger with the PEAK program. 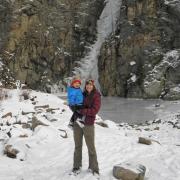 Sara Kirol is a unique advocate who works closely with the hunting and fishing community in Wyoming. Sara received the Regional Forest Service Honors award, in part for her work with Leave No Trace, recognizing the importance of environmental education efforts and community outreach. 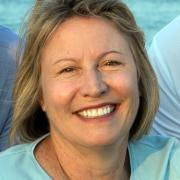 Laura Loomis chairs a local Girl Scout Association with more than 300 troops in and around the Washington D.C. area. Each year they host a Hike-a-Ree and through Laura’s efforts last year, Leave No Trace trainers provided educational material to around 200 girls. 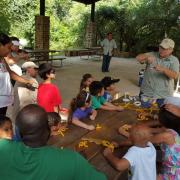 As the Education Coordinator for the City of San Antonio Parks and Recreation, Susan Campbell incorporates the Leave No Trace Traveling Trainers in a myriad of fun and innovative youth programs including Growing Up Wild and kid’s gardening classes. She also takes great care hosting Trainers while they are in San Antonio.

Justin Loxley, the Volunteer Coordinator at the Forest Service for the Red Rock Ranger District, was a vital component of the Coconino National Forest Hot Spot. Justin considers his gift to the community to bring Traveling Trainers to local schools. In the next month alone, we will be visiting 6 different school in both Sedona and Flagstaff because of his fantastic efforts to involve Leave No Trace! 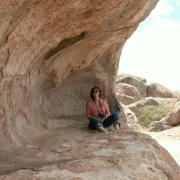 For over 5 years, Liz Smith has ensured that Leave No Trace has a presence at events throughout Phoenix as well as at trailheads in the Phoenix area. As the Park Ranger for the City of Phoenix Parks and Recreation, she has also incorporated Leave No Trace into annual trainings with new and seasonal rangers. 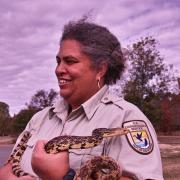 2016 was our first visit to the Black Bayou Lake National Wildlife Refuge in Monroe Louisiana and Nova Clarke, a Master Educator, reached out to Leave No Trace. She then scheduled the team for 5 awesome days of outreach including 5 media events, elementary school visits, a lake clean-up and a canoe trip involving us more than we had ever expected. 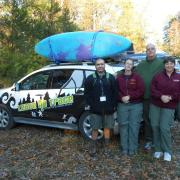 Dave Lauthers, our Virginia State Advocate, has been involved with the Boy Scouts of America for the past 6 years. In 2016 he received glowing reviews after a Girl Scout Hike-a-Ree event at which his station was one of the girls’ favorites.