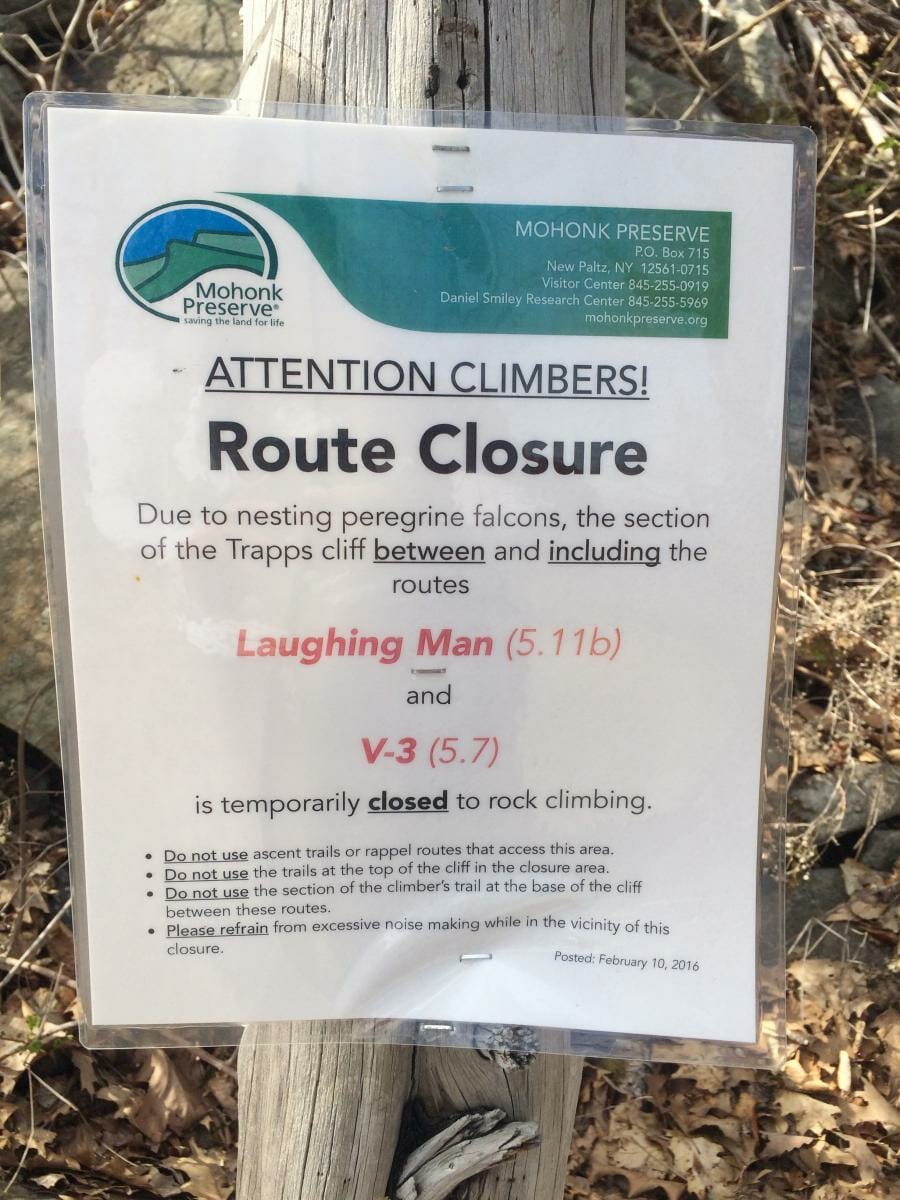 Gardiner, NY: On the Shawangunk Ridge, peregrine falcons are nesting on the steep east facing cliffs, intending to catch the morning sun. These birds of prey perch high above the ground to easily catch some air and hunt small animals down below. With spring here in the Gunks, it is height of the nesting season for peregrine falcons. As climbers come to visit and test their limits on the steep cliffs of the infamous quartz conglomerate rock we encourage all to check the rules and regulations. This way all visitors will be aware about route closures that are in effect, simply so we can all protect the peregrines during this sensitive time. 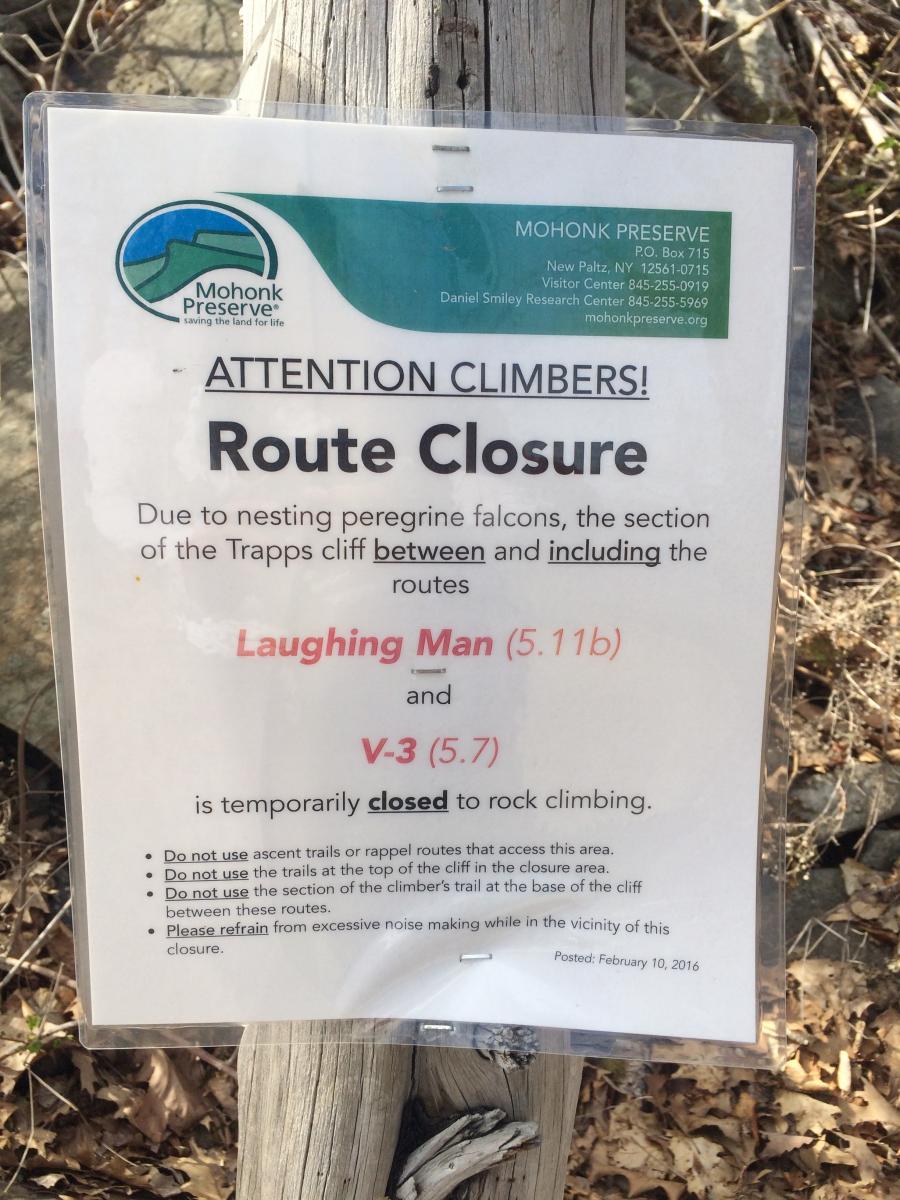 During peregrine nesting season, climbing route closures on cliff sides are a common occurrence at designated areas across the country. Commonly during the spring and early summer months, this sensitive time of year requires visitors to be aware of their impact to falcons. Route closures are in effect to protect this once endangered species from human contact. 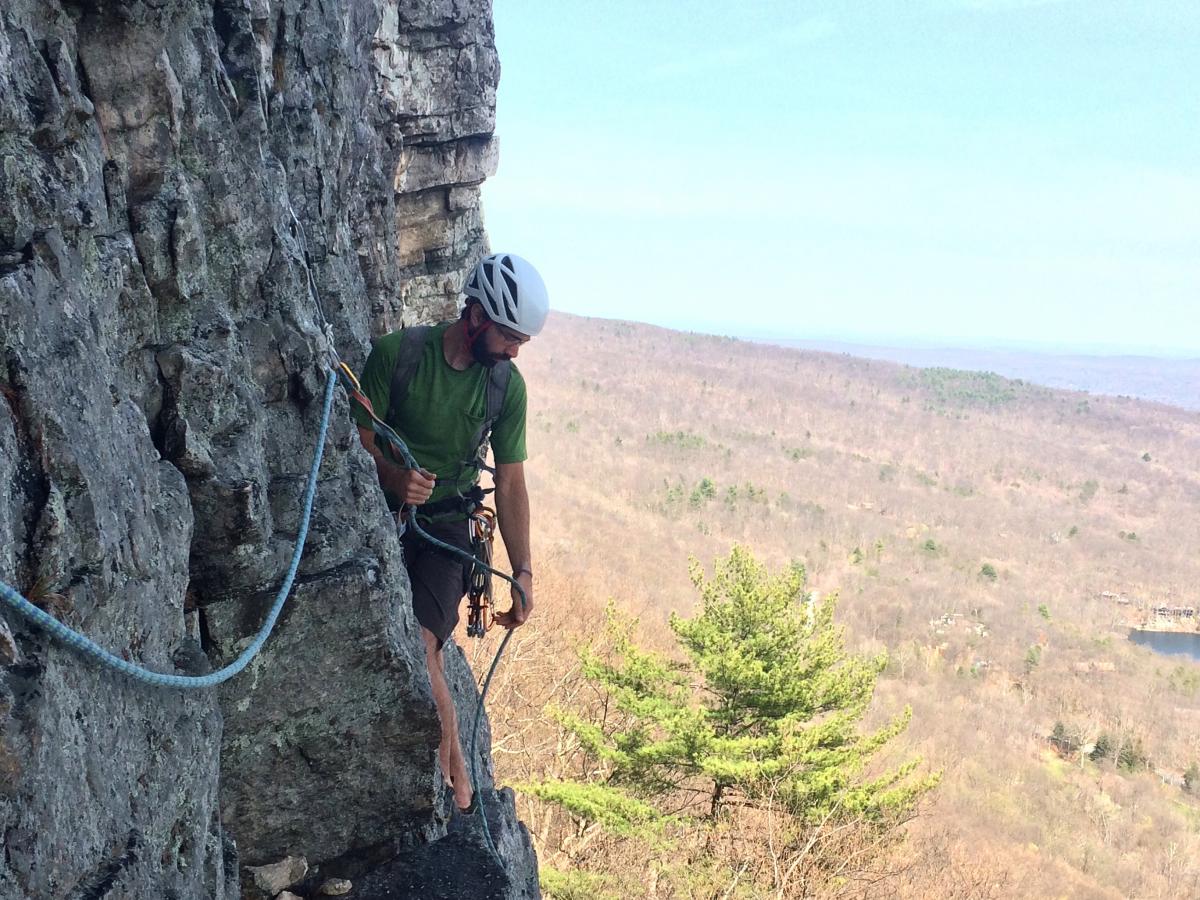 Peregrine falcons are incredibly agile and fast, these birds have been known to fly at a speed of 200 miles per hour to hunt down their prey! These birds are extremely territorial and return to the same nesting site year after year. In some cases after human contact, falcons have abandoned their nesting sites for fear of returning predators. Most people would never go out of their way to harm a bird; in most cases consistent climbing traffic is the reason for nest abandonment.

As climbers, it is our duty to respect route closures, and the birds whose home we are visiting. Always respect wildlife by keeping a safe distance; especially during mating and nesting seasons when they are most vulnerable.

Leave No Trace’s Steph Whatton and Andy Mossey are part of the 2016 Subaru/Leave No Trace Traveling Trainer Program that provides free, mobile education to communities across the country. Proud partners of this program include Subaru of America, REI, Fjall Raven, ENO, Deuter, Thule, and SmartWool.