Leave No Trace in Practice on the Appalachian Trail 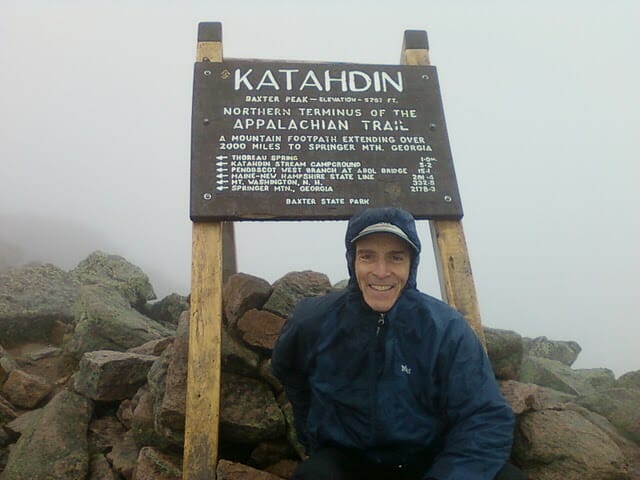 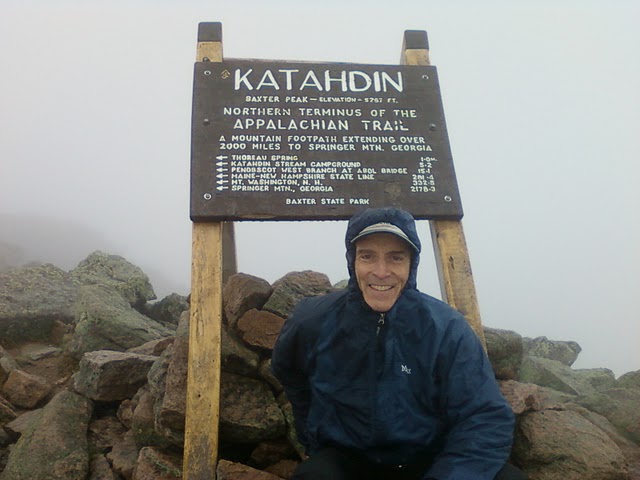 Earlier this year, we met Buckeye Flash, who was planning on hiking the Appalachian Trail. He completed his journey earlier this month and we asked him to explain how he used Leave No Trace while on the trail:

On March 22, 2011, I began my attempt to thru-hike the 2,181-mile Appalachian Trail (AT). I started at Springer Mountain, Georgia (southern terminus) and hoped to reach Mt. Katahdin (northern terminus) in Baxter State Park in Maine before it closed in mid-October. To say that I was inexperienced would be a huge understatement. My previous hiking was basically limited to a dozen or so day-hikes of two to three hours per hike. As a hiker I had never spent one night camping. I came away with a new respect for the physical environment of the mountains and back country as a whole. A sense of stewardship by hikers is essential to the future of the trail.

Before the trek began I was introduced to Jason and Agata Ketterick, Traveling Trainers for Leave No Trace (LNT). They asked me to explain how my AT experience related to the principles of outdoor ethics which LNT promotes. So here is my story. 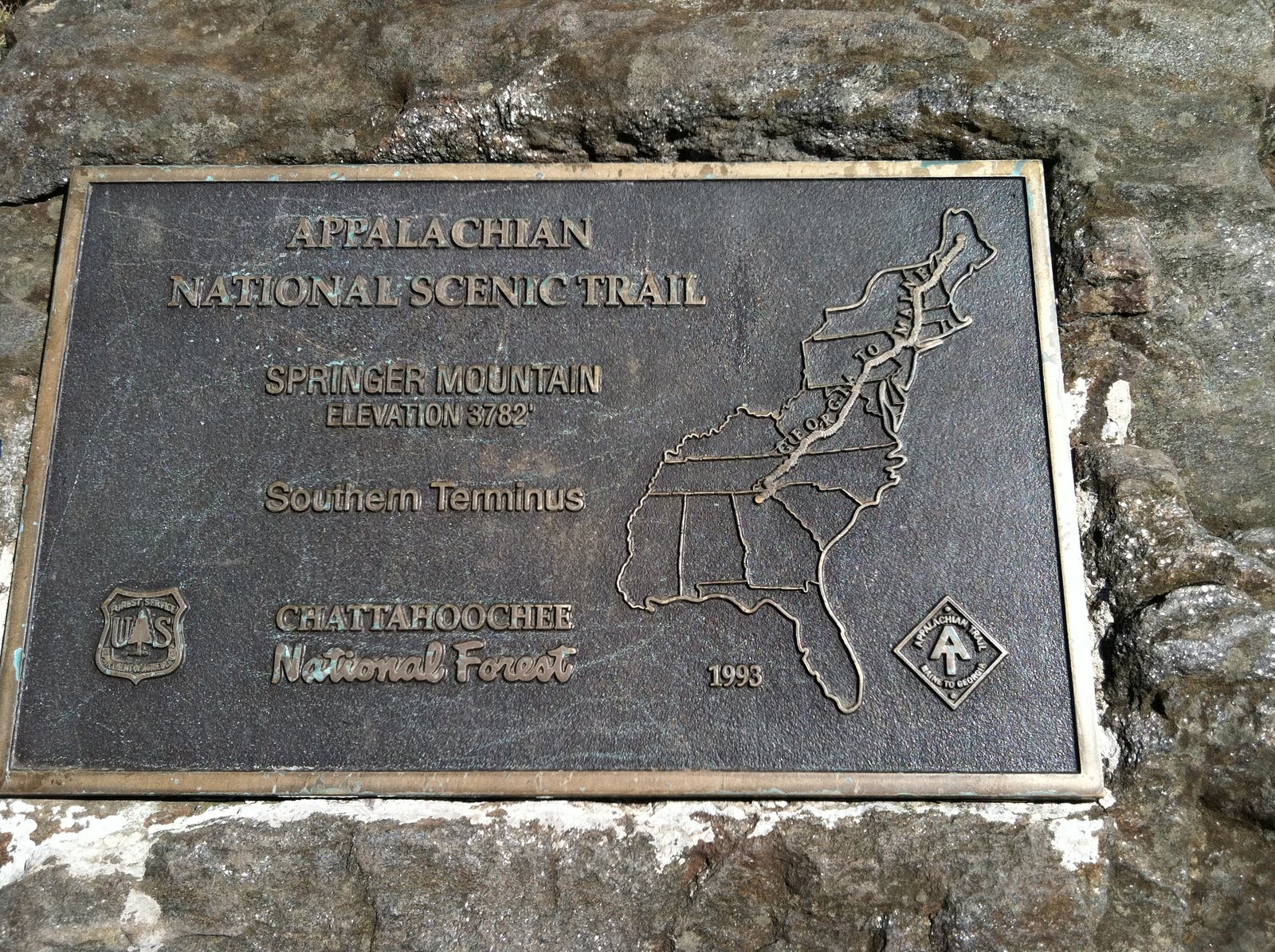 1. Plan ahead and prepare:
Before the hike I read as much as I could on the places where I would be hiking, such as, the Great Smoky Mountains National Park (GSMNP), Shenandoah National Park and Baxter State Park in Maine. An example of an important regulation in the GSMNP is that a hiker must stay in a shelter, if space is available. If there isn't space available in the shelter, tenting nearby is permitted. This type of information was helpful in knowing the dos and don'ts in those areas. Starting my hike in March meant having warmer clothing and a 30-degree sleeping bag at the start and subsequently replacing it with lighter weight clothing and a 45-degree sleeping bag later on.

2. Travel and camp on durable surfaces:
The AT has approximately 260 shelters between Georgia and Maine. A shelter may sleep 4 to 20 people. A source of water and a privy are available at almost every shelter. In addition at most shelters there are campsites. Most of the time I camped near the shelter. A few times the need arose to camp where there were no shelters nor campsites. On those occasions it was important to camp at least 200 feet from the source of water, such as a pond or stream. Walking in the middle of the AT is easy when the trail is dry. The difficult part is to stay in the middle of the trail when there is standing water or mud "blocking" the trail. Yet it may necessary in order not to damage the vegetation in pristine areas. I hiked alone for much of my trek. In the latter part of my journey I hiked with other people and during that time we always walked single file making it easier to stay on the trail.

3. Dispose of waste properly: A basic principle of LNT outdoor ethics is to pack out what you pack in. No one enjoys seeing trash on the trail, at a shelter or campsite. Most thru-hikers follow this principle religiously. Unfortunately there are the rare times when the principle is not followed and litter dots the ground. Several times I picked up a candy or snack wrapper which may have fallen out of a hiker's pack or pocket. One major advantage of staying at or camping near a shelter is the presence of a privy. It saves the need to dig a cat hole to dispose of human waste. I did very little cooking during my hike so I did not need to wash dishes often. When I did cook, I merely boiled water and poured it into a plastic pouch containing dehydrated food. After eating the food, the pouch was packed out as trash saving the need to wash dishes. The few times that I did need to wash a cup or bowl, I was careful to be 200 feet or more away from a water source and use only a drop or two of biodegradable soap.

4. Leave what you find: I carried everything I needed on my back. I had no desire to take anything I saw or found on the trail as an artifact or souvenir.

5. Minimize campfire impacts: At most shelters and campsites there are established fire rings. Thru-hikers who cook carry a small stove. So on the AT fires are not typically used for cooking. They do provide a place to socialize in the evening. In some areas, especially in the northeast US, there are signs which state that no fires are permitted. In some cases shelters have had to be rebuilt due to fires.

6. Respect wildlife: The point that one should observe wildlife from a distance is common sense. Bears, moose and snakes are generally not aggressive, if they are not followed or approached. I saw bear, moose, snakes and other animals on the AT. At no times were any aggressive. Storing food and trash securely is important. In many areas bear cables or bear boxes protect wildlife and hiker food. Most hikers who bring their dog on the trail have a well behaved pet. I did not observe any pet that was out of control. Dogs are not permitted though in the Smokies or Baxter State Park.

7. Be considerate of other visitors
I was impressed by how courteous most AT hikers were in yielding to others on the trail. Stepping to the side when encountering hikers was widely followed.
-Buckeye Flash

Buckeye Flash is the trail name of Bob Grau, a retired educator from Cleveland, Ohio. He finished his thru-hike at Mt. Katahdin in Maine on September 7, 2011. He hiked the last 350 miles on a broken ankle. Check out the blog he wrote while hiking the Appalachian Trail.