How to Respond to Less Than Leave No Trace Moments 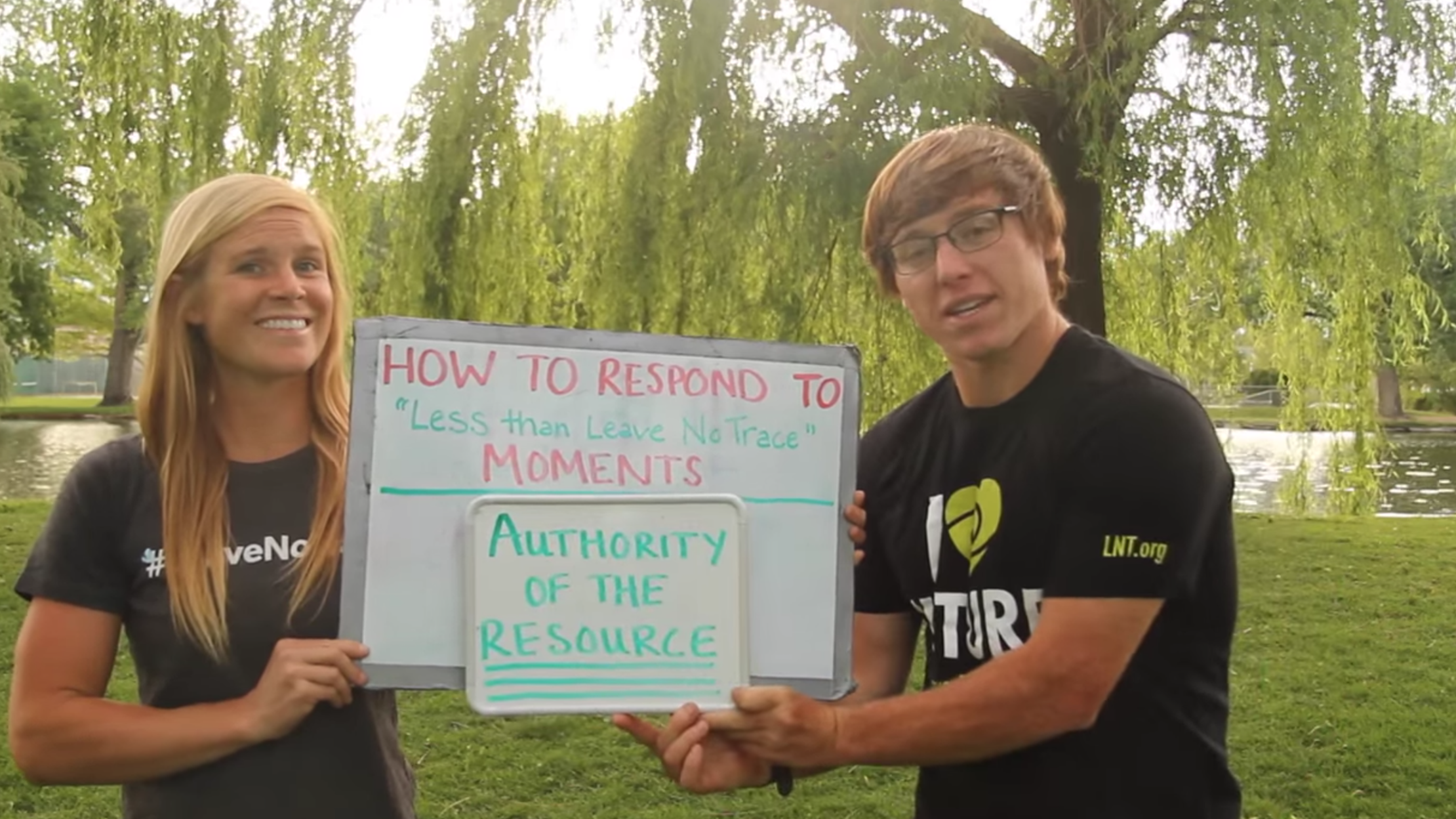 Seaside, CA: Have you ever been enjoying yourself outdoors when you stumble upon someone who is doing something “less than leave no trace”? Does your blood start to boil? Do you have a hard time not overreacting? While we recognize that being nice, even being civil for that matter, isn’t always easy in the heat of the moment, we know that it is critical to approach these less than leave no trace moments with an educational mindset and friendly attitude. Here’s why — you are MUCH more likely to change that person’s less than leave no trace actions by smiling, getting to know them and most importantly by telling them how what they’re doing affects the environment (in that order!).  Alternatively, yelling at the person about what to do or not to do can make for a seriously negative experience. Take for example, when you were a kid and you asked your mom, “Why do I have to do chores?” and she said, “Because I said so.” How did that make you feel? Were you more motivated to do your chores? Or were you frustrated that you had no good explanation for why you had to do them? If we had to guess, we’d bet you were more frustrated. The same reaction is likely to be evoked when told how to act outside with no reason why. And of course, it’s crucial to first remember your manners and approach people nicely. By taking the higher road and educating the individual rather than simply telling them what to do, you are helping them arrive at a higher level of principled thinking.

We call this educational approach, Authority of the Resource. According to Webster’s, “authority” means “the power to influence or command thought, opinion or behavior.” Wild nature can be said to have its own authority. Meaning, nature has its own rules, operates in certain ways and has certain laws; there are consequences when we violate that order. Desirable behavior is more likely to occur if people understand how their actions affect the way nature operates. Much of the undesirable behavior which managers must deal with is behavior that disrupts the natural order or the ability of others to experience nature. The AUTHORITY OF THE RESOURCE TECHNIQUE (ART) attempts to transfer the authority from the manager, ranger or agency to those things in nature (resources) that have their own requirements. So how exactly do you do this? Take a look, watch the video and read the steps. It’s really quite simple!

**There are times when ART simply will not work, and traditional law enforcement may be necessary.

Remember the hope is for long-term change in peoples’ respect for nature in general and an intrinsically motivated stewardship of the out of doors. Such changes are likely to last longer when we help people to test their own beliefs and values, and arrive at a more principled ethic of their own accord. So the next time you see someone doing something that’s less than leave no trace take an educational, friendly approach by using authority of the resource, then share your success stories in the comments below.

Enjoy your world and leave no trace!

Leave No Trace’s Jenna Hanger and Sam Ovett are part of the 2016 Subaru/Leave No Trace Traveling Trainer Program that provides free, mobile education to communities across the country. Proud partners of this program include Subaru of America, REI, Fjall Raven, ENO, Deuter, Thule, and SmartWool.

All Posts
Research & Education
Skill Series: Authority of the Resource

Leave No Trace February 19, 2018
Research & Education
Authority of the Resource

Leave No Trace July 3, 2013
Research & Education
Authority of the Resource Technique In Action