How to Leave No Trace When Visiting Indigenous Lands 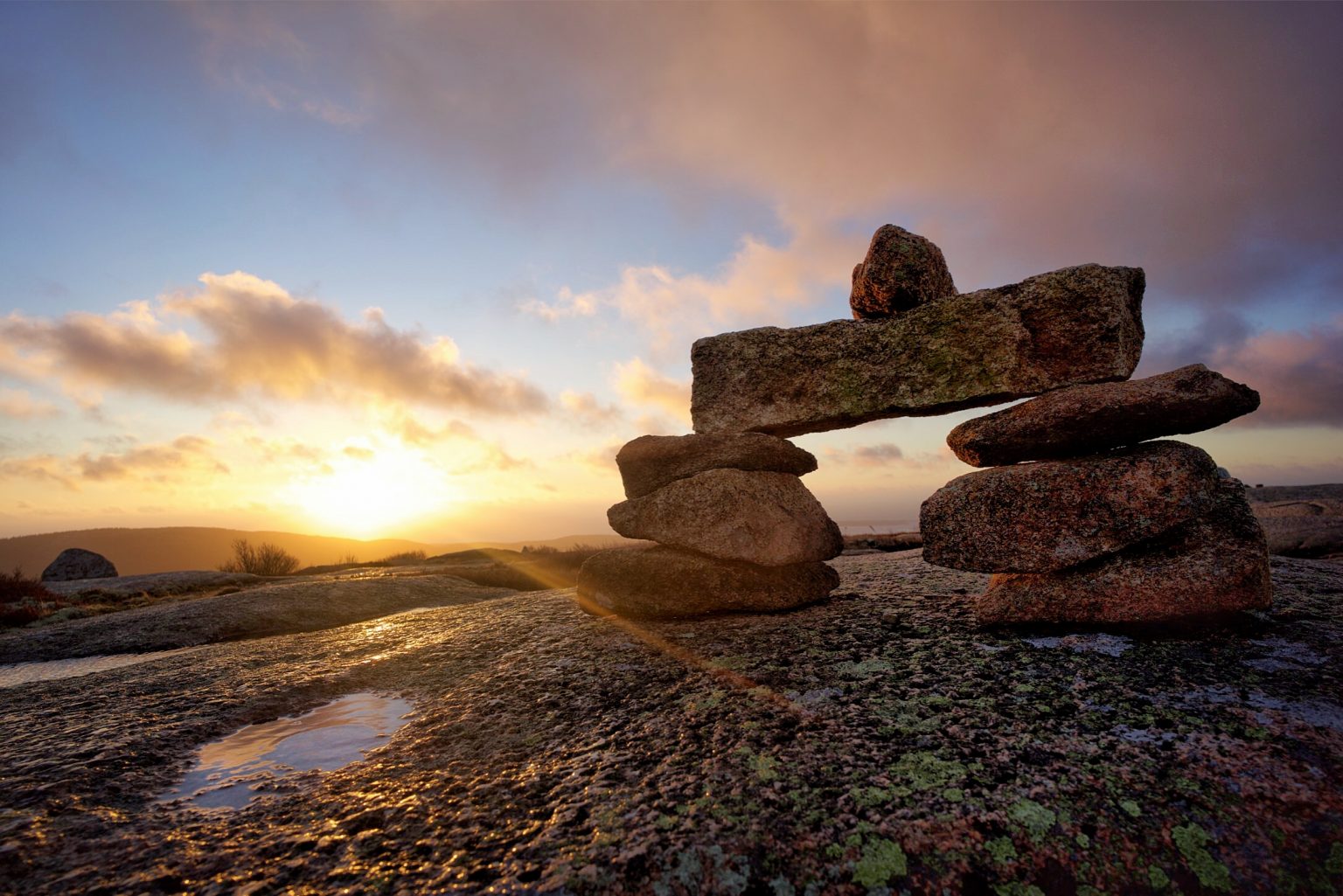 Located in the Navajo Nation on the border of Arizona and Utah, Monument Valley Tribal Park, boasting sandstone masterpieces framed by the clouds, is one of the most majestic and photographed places on Earth. What was once a plateau, natural forces of wind and water spent the last 50 million years cutting into and peeling away at the surface of the plateau. The simple wearing down and altering layers of soft and hard rock slowly revealed the natural wonders of Monument Valley today. 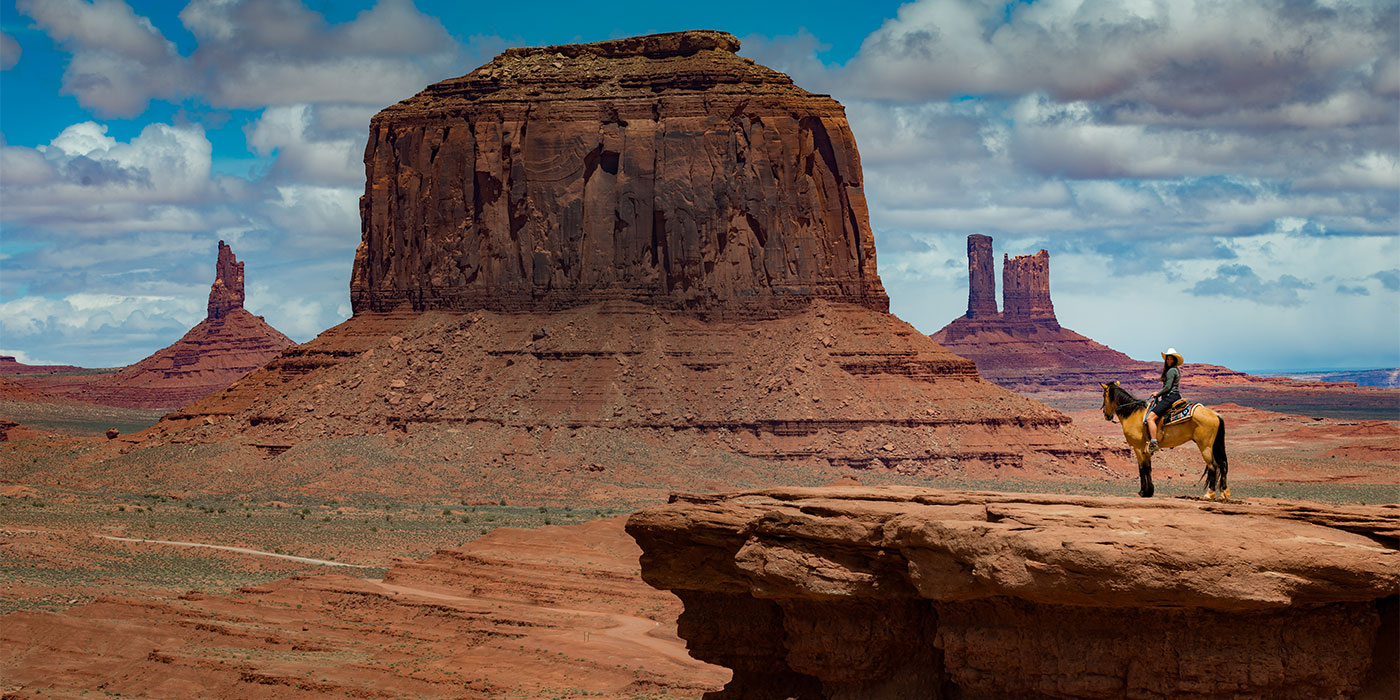 Good to Know: According to the Leave No Trace’s Guide to Deserts & Canyons, biological soil crust, also known as cryptobiotic soil is the foundation of desert plant life, making it a vital part in maintaining the desert ecosystem. This soil however, is extremely fragile and can take decades to grow and can be easily damaged by something as small as a footprint. To protect this fragile ecosystem, Leave No Trace suggests when venturing in the desert you stick to walking, biking and off-roading on designated trails. If traveling overland while hiking or canyoneering, use a route that follows washes and slick rock. As a last resort, walk through sensitive areas single file in order to minimize the impact of your footsteps.

Montana’s Glacier National Park is a site to see. With more than 762 lakes, dozens of glaciers and incredible waterfalls meet gray wolves and 200-year-old twisted trees. The best part of all: this winter wonderland is extremely accessible to visitors due to the scenic highway cutting through the park and 700 miles of trails located within. Glacier’s east side is bounded by the Blackfeet Nation, so there are many Native-owned tour businesses accessible to visitors. Including a Native American guided pack trip cultural wilderness backcountry adventure and Water People Tours. 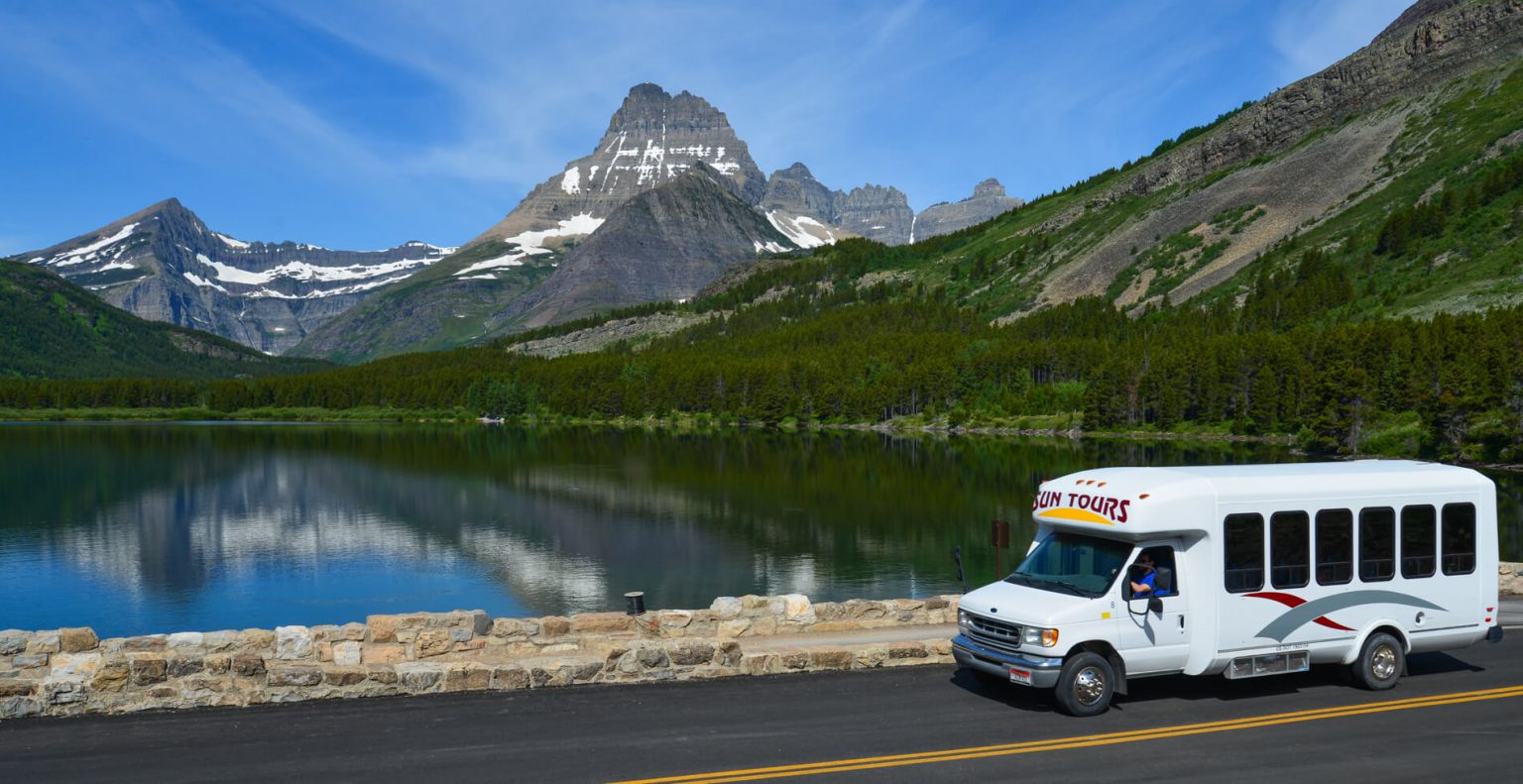 Good to Know: Leave No Traces’s 36-page Rocky Mountain Skills and Ethics Booklet details proper etiquette when exploring the magnificent Rocky Mountains, which stretch from northern Canada to Mexico. In essence, the guide suggests travelers plan ahead and prepare, travel and camp on durable surfaces, dispose of waste properly, leave what you find, minimize camping impacts, respect wildlife and be considerate of other visitors.

Inukshuks, Cairns and Other Wayfinding Markers

Acadia National Park in Maine is the ancestral home to four distinct tribes, the Maliseet, Micmac, Passamaquoddy and Penobscot—collectively known as the Wabanaki, or “People of the Dawnland.” The park is known for its well-maintained rock cairns. In 1896 Waldron Bates, the lead author of the hiking map still utilized at Acadia, developed his own cairns, often referred to as the Bates Cairns. Over time the Bates Cairns were replaced by traditional-looking cairns but eventually, Acadia National Park re-established the Bates cairns at the park to honor Bates’ legacy.

Good to Know: Cairns are “intentionally constructed stacks of rocks that mark trails and guide hikers in the mountains above tree line and in other barren areas,” as defined by Leave No Trace. This guide suggests the importance of cairns for hikers during periods of low visibility and reinforces the minimization of impact on cairns to keep explorers safe. The guide also stresses that visitors never rebuild or remove cairns allowing hikers to safely and efficiently return home.

St. Paul Island is home to swarms of nesting seabirds, tufted and horned puffins, arctic foxes, hundreds of thousands of northern fur seals and one of the best wildflower displays in Alaska. With its wildlife, natural setting, Aleut culture of the people who call this place home, and its unparalleled location in the central Bering Sea, visiting the island is an experience that is unequaled anywhere else in North America. 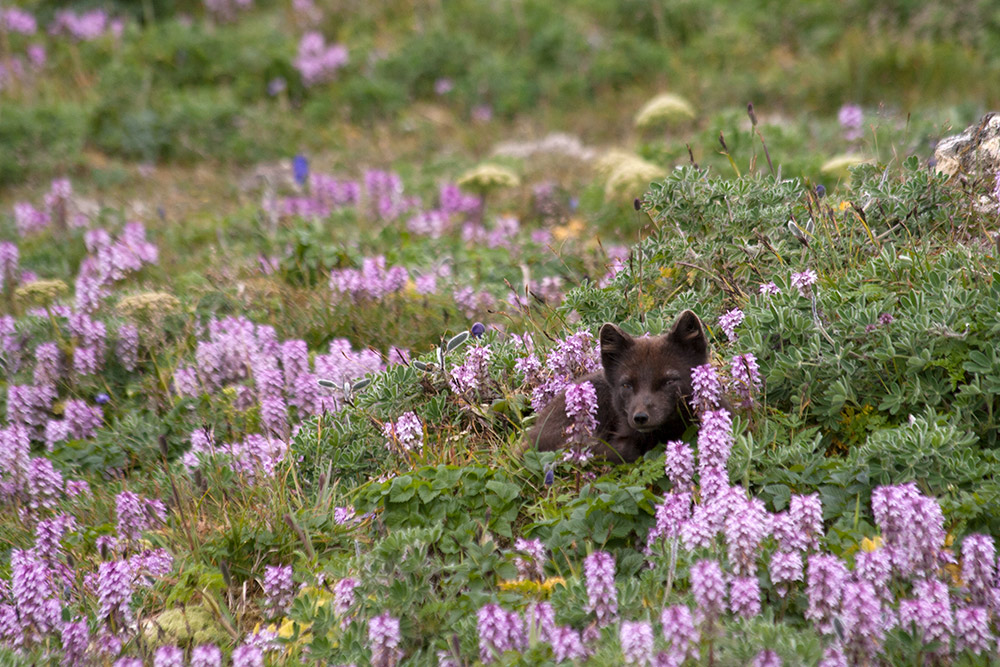 Good to Know: Enjoying nature is a huge part of traveling, including an increasing interest in travel to enjoy sightings of beautiful wildflowers. In the Leave No Trace For Superbloom guide, Leave No Trace highlights the importance of leaving wildflowers as you see them. This means not collecting them as souvenirs to take home, but rather take a photo or create a sketch to remember your unique find. Another way to minimize harm to wildflowers is to stay on designated trails to minimize the potential of destroying them by accidentally stepping on them.

The Yurok Tribe, the largest federally recognized Indian tribe in California, has a reservation that straddles the majestic Klamath River, extending for one mile on each side of the river, from its entry into the Pacific Ocean to approximately 45 miles upriver to the confluence with the Trinity River. The reservation is also home to some of the largest redwood trees in the world. Later this year, the Tribe will open it’s newest visitor program, the Redwood Canoe Adventure Tour, which will share Yurok tribal culture while paddling down the river in a traditional redwood canoe. 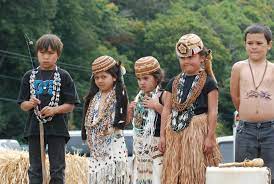 Good to Know: While visiting heavily forested areas–or really any outdoor areas–it is good to remember that while campfires are an enchanting way to enjoy the Great Outdoors, a mismanaged campfire can quickly turn into a catastrophic event.

Play Leave No Trace’s Minimizing Campfire Impact Game to learn how to quickly and effectively build a mound fire for maximum safety and minimum impact!

Grand Canyon West provides a unique set of tourism experiences focused on the West Rim of the Grand Canyon. Founded in 1988, GCW welcomes more than 1 million annual visitors yearly, who come to explore one of the World’s Seven Natural Wonders by land, sky and water — and the chance to experience Hualapai culture and excellent food in culturally and environmentally sensitive surroundings. 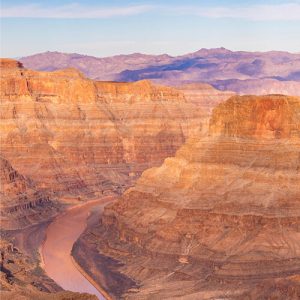 Good to know: If you plan on embarking on a mountain excursion, check out the Leave No Trace Mountaineering Guide to learn how to minimize your impact. This guide annotates the Seven Leave No Trace Principles with general mountaineering techniques and information.

Kodiak Island’s rich geologic history is evident in the dramatic peaks, deep blue fjords and emerald valleys that characterize this stunning archipelago like none other on earth. The island of Kodiak was sculpted for millennia by glaciers. As the crushing expanse of ice retreated 12,000 years ago, it left breathtaking expanses of land that exhibit the indelible mark of the last ice age. Koniag, Kodiak’s regional Native corporation, has created a world renowned guided bear viewing experience where, from late July through September, you’ll have the opportunity to see up close and personal, these magnificent and legendary Kodiak Brown Bears–the largest omnivores on earth.

Good to Know: Leave No Trace, Principle 6: Respect Wildlife, highlights ways to properly observe wildlife. It is important not to disturb wildlife and to observe from a distance so they are not scared and forced to flee. Travel quietly and do not feed or touch wild animals, it is stressful to the animals and you may not know what kinds of diseases the animal could have. Remember you are a visitor in THEIR home, so always be respectful to wildlife.