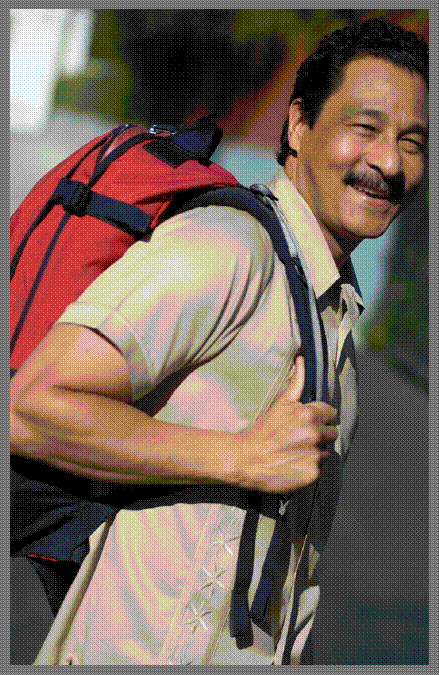 Charles Thomas is unique among people of color, being a rare mix of African American, Asian and Native American who has dedicated his life to promoting diversity and inclusion in the outdoor world.

He was the first person of color in the history of Southern Oregon University to graduate with dual degrees in Physical Geography and Environmental Studies. While at the university, he fought tirelessly with the administration to diversify its student body. Ultimately, the administration created the Minority Student Program, for which Charles became the chief recruiter. Also, while at Southern Oregon University he created the Third World Union, a club for American minorities and students of color from around the world to share their common culture and experiences. During his college years, Charles approached the U.S. Forest Service and assisted in the design of a program that recruited African-American students into seasonal employment positions in the Gifford Pinchot National Forest in Washington State.

While in graduate school Charles worked as a naturalist for the Los Angeles County Outdoor Schools where he wrote the section of the staff handbook on, “How to work with ethnically diverse students.” Later as an ecologist for the U.S. Army Corps of Engineers, he was honored by the Federal Equal Employment Opportunities Commission for designing a program that introduced urban youth of color to the environmental work of the Army Corps.

Throughout his life his work has revolved around Outward Bound Adventures (OBA), where he worked seasonally and part-time for nearly 20 years and then worked full-time as Executive Director for 16 years. During that time, he created several award-winning programs dedicated to enriching the lives of underserved urban populations, especially low-income inner-city families, by introducing them to the therapeutic value of spending time in wild places and open spaces.

For the past 25 years Charles has lectured, issued keynote addresses, presented programs and facilitated workshops across the United States on how to create a more diverse and inclusive environmental and conservation movement.

Charles created the Diverse Outdoor Leaders Institute (DOLI) to provide the National Park Service and the outdoor education sectors with qualified diverse instructors from different cultural backgrounds who look like and can relate to an ever- increasing multicultural American demographic. DOLI is now a nationally recognized outdoor instructor training program.

Over the years Charles has received numerous awards and recognition for his work: he has been a White House invitee, honored by U.S Congressional Representatives, honored by the State Senate, County Board of Supervisors, Board of Education, City Council and numerous community- based organizations.

His most cherished award so far has been the National Mosaic Conference Award because it was given by a jury of his peers and from the communities he serves.

Charles serves on the board of directors for the following organizations:  Oak Crest Institute of Science, The Wildlands Conservancy, Nature for All, and the Rosebud Charter Academy.

Charles continues his tireless efforts to ensure all youth have access and opportunity to engage in meaningful nature-based programs through his consulting work and his position with Outward Bound Adventures. Currently he is completing his book, From the Hood to the Woods scheduled for release in 2021. The book highlights his nearly 40 years of experience designing outdoor education programs and connecting youth of color to nature and careers in conservation.